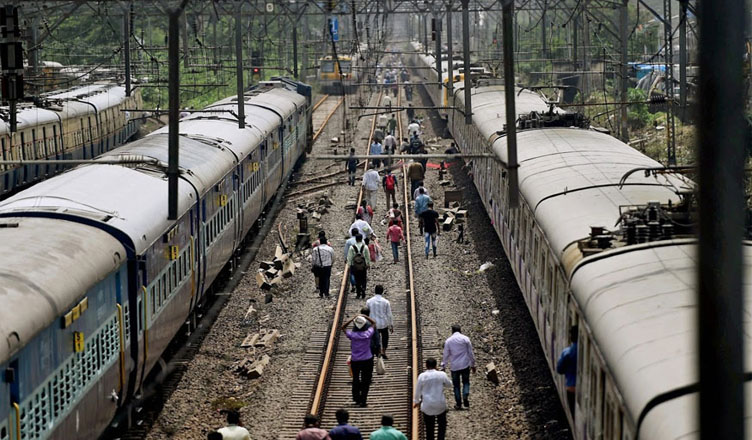 According to official data from the Indian Railways, almost 50,000 people lost their lives between 2015 and 2017 after being hit by trains.

According to the data, the exact number of people who died on tracks between 2015-17 after being hit by trains is 49,790.

Deaths on railways tracks occur due to trespassing, not using over-bridges and using phones or other electronic gadgets while crossing railways tracks.

Corrective measures such as time-to-time announcement, encouraging people to use over-bridges, erecting warning signs etc have been taken to prevent deaths on railways tracks.

On October 19, as many as 61 people were killed and 74 injured after a speeding train ran over a crowd who was watching the burning of Ravana effigy on Dussehra in Amritsar.

The incident took place near the manned crossing at Joda phatak, where people have gathered to watch the customary burning. As the crowd was in huge numbers, people spread and a few even stood on the tracks to get a better view of the effigy.

On October 10, as many as seven people were killed and 21 injured after 6 coaches of New Farakka Express train derailed in Uttar Pradesh’s Raebareli.

Six coaches of the New Farakka Express derailed near the Harchandpur railway station in Raebareli at around 6:05 am.

“Seven dead, 21 injured after engine and 9 coaches derailed. Injured taken to District Hospital in Raebareli. All passengers have been evacuated. Special train is being arranged to take them. It may take 24-36 hrs for completion of the clearance operation,” Divisional Railway Manager Northern Railways had told ANI.