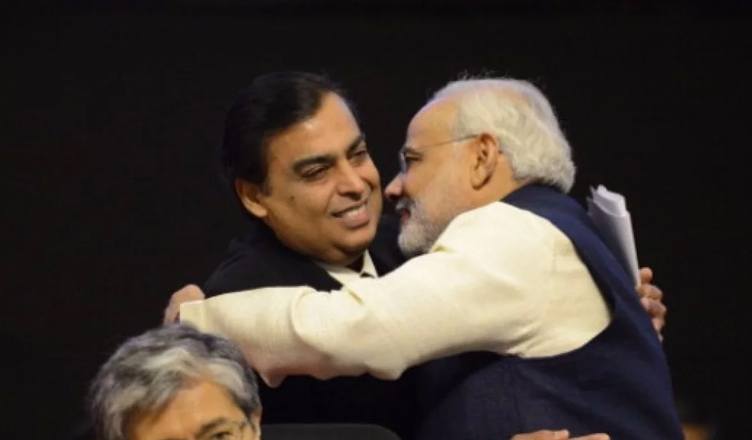 These included govt-run IIT-Delhi, IIT-Bombay and Bengaluru-based Indian Institute of Science (IISc), while Manipal Academy of Higher Education and BITS Pilani from the privately-run institutes bagged this honour. But, the one name that clearly grabbed eyeballs was Mukesh Ambani’s still-to-be set-up, #JioInstitute by Reliance Foundation.

Yes, we are as surprised as the layman, because how can the HRD Ministry grant such an honour to an institute that is a ‘dream’? Imagine our surprise. But, that is how we roll in PM Modi’s era. This is also a lesson for us humble folks on friendships that are rock solid.

Facing flak from various quarters (or not), the HRD Ministry issued a clarification, stating the reasons behind ‘selecting’ the intangible, Jio Institute.

In response to some misinformation campaign in social media regarding "Institutes of Eminence", please find herewith clarifications on commonly raised questions #InstituteofEminence pic.twitter.com/K6IB5ILpfb

The letter attached with the tweet said, “The Committee has come to a conclusion that out of the (11) applications, only Jio Institute has satisfied all the (4) parameters stated above, and hence it was recommended for issuing a letter of intent for setting up an Institute of Eminence.”

The 4 parameters as stated in the letter are:
1) Availability of land for construction of the institution
2) Putting in place a core team with very high qualification and wide experience
3) Making available funding for setting up the institution
4) A strategic vision plan with clear annual milestones

The institutions of eminence (IoE) scheme of the Human Resource Development (HRD) Ministry was originally intended to lead to the selection of 10 public and 10 private universities that would enjoy greater autonomy to start new courses, admit foreign students, hire foreign faculty, and collaborate with foreign educational institutions without the need for government approval.

However, the Empowered Expert Committee (EEC) headed by former chief election commissioner N Gopalaswami picked six institutions. HRD Minister Prakash Javadekar explained the rationale for creating IoEs.“The #InstituteofEminence is important for the country.  We have 800 universities, but not a single varsity in top 100 or even 200 in the world ranking. Today’s decision will help achieve this,” he tweeted.