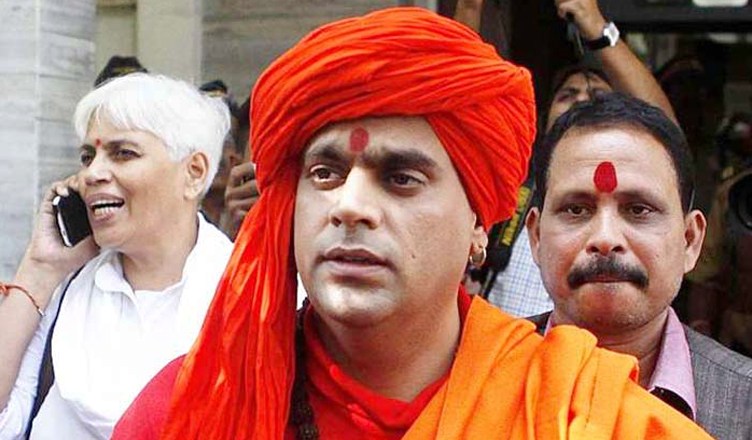 All Hindu Mahasabha president Chakrapani Maharaj on Wednesday said that beef eaters are responsible for Kerala floods and that they should not be helped.

He opined that beef eaters are responsible for what is happening in Kerala, don’t help them and thus asked people not to help them.

“First, it must be asked if they consume beef or not. If you help anyone who eats beef, then it will be a sin. If someone has eaten beef, then take an affidavit from them saying that they committed a mistake and will not repeat so in the future. only then help them…But whoever eats beef should not be forgiven because that beef eater is responsible for all this,” News Central 24×7 quoted Maharaj as saying.

Such a communally charged statement at a time when Kerala is reeling under the century’s worst floods is not only condemnable but also reflects extremist mentality such people have.

At a time when hundreds of people have lost their lives and more than seven lakh people have been displaced in flood-battered Kerala, such people are inciting hatred instead of extending help and support.

Also read: The only way you can fight violence is with non-violence: Rahul Gandhi in Germany

Earlier this week, several right-wing social media users who described themselves as ‘sangh parivar’, urged people to not donate towards the flood relief efforts because ‘Muslims and Christians constituted the state’s majority population.’

Some went one step ahead by the terming Kerala floods as God’s ‘angry’ reaction to allowing women inside Sabarimala Ayyappan Temple.

Kerala is in distress and at this time, we all should come together as a country and should put in whatever it takes to bring relief to our very own people suffering the state.

We should not be influenced by such communal statements, but should only pray for those in Kerala and hope that things get back to normal at the earliest.