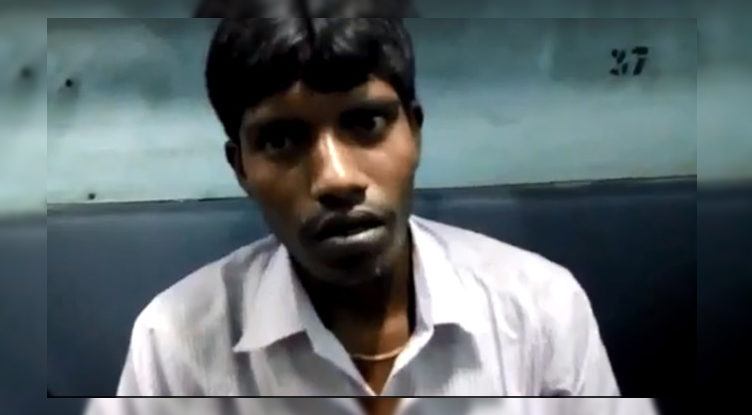 It is getting tougher day by day to check intolerance shown by the blind bhakts of Prime Minister Narendra Modi. In West Bengal, a man was allegedly assaulted by four people in a moving train for failing to answer questions on Prime Minister Modi and the national anthem.

The victim was on his way to Kaliachak in West Bengal’s Malda from Howrah. He briefly deboarded at a station, after which four persons got into the train and sat next to his seat. When he returned, the four persons started asking questions to him about PM Modi, the national anthem, and West Bengal Chief Minister Mamata Banerjee. Upon his failure to answer a few, he was slapped by one of the four persons.

In a video shred by Facebook user Samirul Islam, it can be seen that the four are seated surrounding the victim and one of them is recording the entire incident. Towards the end, he is being slapped by one of them and abused also. They were conversing in Bengali and even mocks at him. The victim was terrified and scared to retaliate as they were four and he, alone. As a result, he tolerated their nuisance and sat quietly.

However, local NGO Bangla Sankriti Mancha lodged an FIR yesterday against the accused, based on the same video and other videos as well recorded by co-passengers. An investigation into the matter is underway.

We hope the incident is brought in to the notice of our Prime Minister so that he condemns it and ensures that the perpetrators are brought to justice.

One thought on “Be a Modi bhakt or face assault”