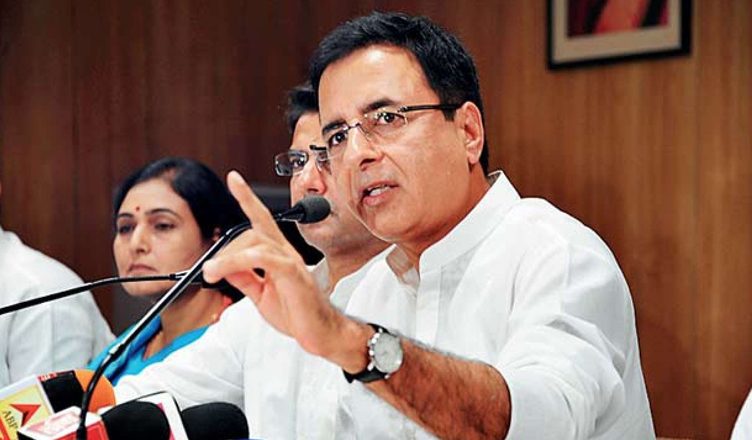 Questioning the Modi government’s silence over Faridabad-based SRS Group defrauding banks of Rs. 6,978 crore, the Congress on Monday said that the banking scams under this government had crossed Rs. 70,000 crore.

“Today we are presenting another bank scam worth ₹7000Cr. Criminal conspiracy and fraud by Faridabad-based company SRS Group, has resulted in 113 cases registered against them,” Congress spokesperson Randeep Surjewala said addressing a press conference yesterday.

He further said that whistleblowers presented a list of 251 shell companies which were used for money laundering by the SRS group, but till date, no concrete action has been taken by the government.

“Despite complaints, no government agency, including the Prime Minister’s Office, has taken action against this group. Due to local protests and issue raised by Congress leaders, Anil Jindal was arrested on April 5, 2018, but, 3 others accused- JK Garg, PK Kapoor and Anil Jindal’s son Pratik Jindal- were allowed to flee the country,” Surjewala said.

He further said that IDBI Bank’s Q4 losses have amounted to Rs. 5,663 crore and its NPAs amount to Rs. 55588.26 crore, making it the worst performing public sector bank.

The Congress further said in order to cover up its mess, the Modi government is now jeopardizing the money of 38 crore LIC policyholders by forcing it to purchase the failing IDBI bank.

Prime Minister Modi needs to answer as to why did it not take any action against the SRS Group and how were the other three accused allowed to flee the country. Also, why is it saving the sinking IDBI Bank at the cost of public money? It is unfair and unacceptable.