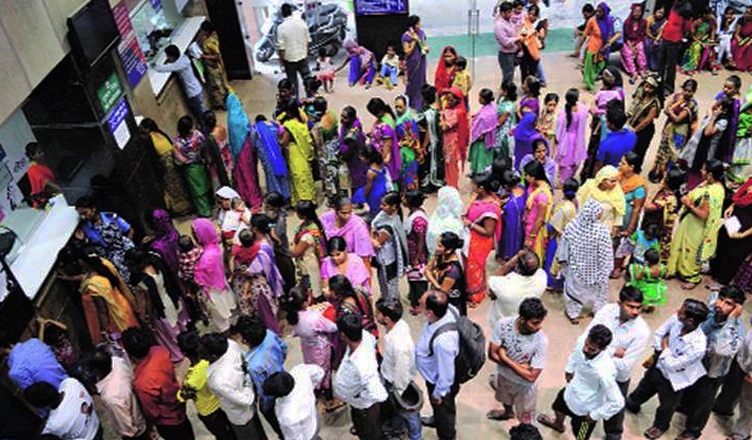 As many as 107.4 million poor and vulnerable families are eligible for Ayushman Bharat scheme, also known as ‘Modicare’. However, what is unfortunate is that out of this number, around 6.5 million people are untraceable.

According to CEO of Ayushman Bharat, Indu Bhushan, the missing people are in families that have moved since the 2011 census.

“These are people who were living in a particular state/locality during the 2011 census but their current whereabouts are not known. We have identified 6.5 million such families that are at the moment untraceable,” Hindustan Times quoted Bhushan as saying.

“Most of the missing people are likely to be migrants who have left the state in search of work. If these people come forward and get themselves identified before the roll-out list is finalised over the next week, we will add them as we cannot deny benefits to eligible people,” Bhushan further said.

Ayushman Bharat, which is expected to be launched on August 15, will be providing Rs. 5 lakh annual hospitalisation cover for each eligible family listed in the socio-economic caste census (SECC) database.

The experts also agree that it will be a challenge to provide 100% coverage to targeted beneficiaries.

Earlier in June, the Association of Healthcare Providers India (AHPI) had written to the CEO of NDA government’s massive new health insurance programme, Ayushman Bharat. Indicating towards their unwillingness to participate in the scheme, he AHPI said that the scheme’s proposed reimbursement package rates are unscientific, arbitrary and insufficient.

AHPI represents about 3,000 private healthcare institutions. “It appears that overall, no scientific basis has been applied to arrive at the rates,” said a letter written by the Association of Healthcare Providers India (AHPI) to the CEO of Ayushman Bharat.