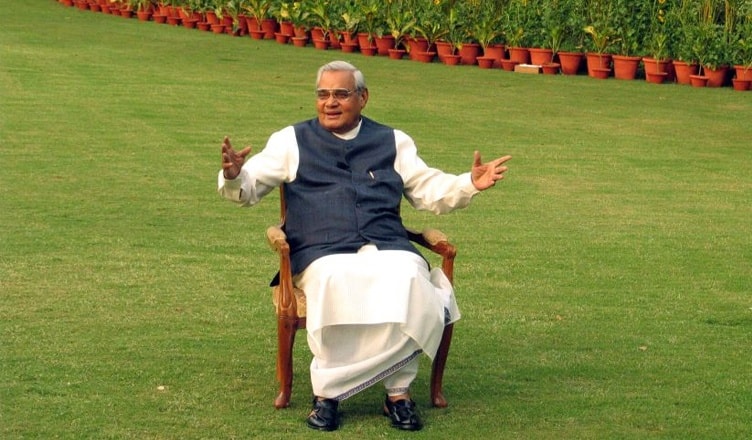 Former Prime Minister Atal Bihari Vajpayee breathed his last on August 16, after being admitted in AIIMS for over two months.

Expressing her grief over Vajpayee’s demise, Sonia Gandhi said, “Vajpayee was a towering figure in our national life. Throughout his life, he stood for democratic values and demonstrated this commitment in all his acts, whether as a parliamentarian, a cabinet minister, or Prime Minister of India. He was a spell-binding orator, a leader of great vision, a patriot to the core for whom the national interest was paramount.”

“But above all, he was a man with a very large heart and a real spirit of magnanimity. One saw that in all his interactions — with other political parties and their leaders, with foreign governments, with coalition partners, and indeed with his own political colleagues, whom he always treated with respect and courtesy. His warm personality and his gift of friendship won him admirers and friends across the political spectrum and from every walk of life. His death leaves behind a huge void,” she added.

Former Prime Minister Manmohan Singh was also saddened by the death of the BJP veteran.

In a letter written to Vajpayee’s adopted daughter, Singh wrote, “Vajpayeeji was a great patriot and was one of the greatest leaders of India. He stood among the tallest leaders of modern India who spent his whole life serving our country.”

“He was an excellent orator, an impressive poet, an exceptional public servant, an outstanding Parliamentarian and a great Prime Minister of India. Vajpayeeji was a great statesman and he proved his ability both on national and international level, by improving our relationship with all the countries, especially with our neighbouring countries,” he said.

“His ability and personality were such that people from all walks of life, irrespective of their political leanings, loved and respected Vajpayeeji. His services to our nation will be remembered for a long time to come,” he added.

“Today India lost a great son.  Former PM, Atal Bihari Vajpayee ji, was loved and respected by millions. My condolences to his family & all his admirers. We will miss him. #AtalBihariVajpayee,” Gandhi tweeted.

Today India lost a great son. Former PM, Atal Bihari Vajpayee ji, was loved and respected by millions. My condolences to his family & all his admirers. We will miss him. #AtalBihariVajpayee

“Vajpayee’s personality was full of thought, tolerance and compassion. He led his party to its first victory in national elections and established the credentials of the BJP to run the central government. He will be remembered for a lot of things, but above all he will be remembered for his genuine efforts to resolve the decades-long hostility between Pakistan and India,” he said.

“As long as he was at the top, he firmly kept the BJP close to the political middle and did not allow the party to swing to the extreme right of the political spectrum. It is true that Vajpayee had many friends, but it is also true that he had no enemies. That was his distinctive identity,” Chidambaram added.