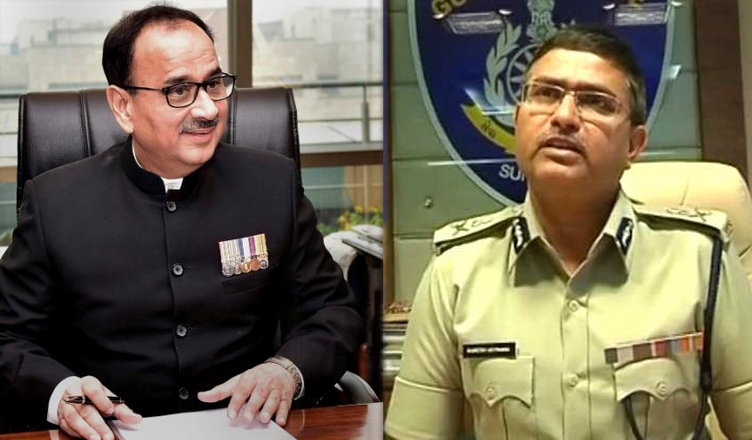 The whistleblower, Hyderabad-based businessman, Sathish Babu Sana, who complained against Central Bureau of Investigation (CBI) special director Rakesh Asthana which led to an FIR being filed against the latter, cannot be found, said the agency’s new investigating officer Satish Dagar in the bribery case against Asthana.

Sana had on Monday alleged a threat to his life, following which the Supreme Court on Tuesday ordered the police to provide protection to him.

During proceedings in the court of Special CBI Judge Santosh Snehi Mann, Dagar informed that Sana’s phone was switched off and he could not be reached. “The complainant (Sana) was not available and he did not turn up against the summons issued… We could not get anything other than what is already there (against Dy SP Devender Kumar, who was arrested in the Asthana bribery case),” The Indian Express quoted Dagar as saying before the court.

After CBI officer AK Bassi was transferred to Port Blair in the Andamans and CBI director Alok Verma and Asthana were divested of their powers by the government, Dagar was handed over the probe.

Bassi on Wednesday moved the Supreme Court challenging his transfer to Port Blair in the Andamans and claimed he had incriminating evidence against Asthana.

Also read: SHOCKING: Will pay 100 cr to Modi and get ministry, says MP minister in video

Bassi, in his petition, claimed that the statement of the complainant (Sathish Babu Sana) in the FIR against Asthana revealed “shocking details of alleged corruption and illegal gratification by Shri Rakesh Asthana, the then Special Director CBI, in collusion and conspiracy with other co-accused person namely, Shri Somesh Prasad and Shri Manoj Prasad and other unknown accused persons”.

“The said statement also reveals payment of huge amount to the tune of crores of rupees towards illegal gratification. The statement clearly implicates Shri Rakesh Asthana and Shri Devender Kumar, both officers of the CBI. The investigation conducted by the Applicant herein revealed that the act of demand and acceptance of illegal gratification primarily pertains to two distinct periods of December 2017 and October 2018. There are two instances of acceptance of bribe in Dec 2017 totalling to Rs. 2.95 crores and three instances of acceptance of bribe in Oct 2018 totalling to around Rs. 36 Lacs. All these five acceptances of illegal gratification were in the name of the same public servant namely — Shri Rakesh Asthana through the Prasad brothers,” Bassi claimed in his petition.

“Investigation further revealed role of another high ranking bureaucrat by the name of Shri Samant Goel, who is presently Spl Secretary of R&AW (Research and Analysis Wing. During the investigation technical surveillance was also done and CDRs were also studied. Investigation revealed that immediately after the news broke out on arrest of Manoj Prasad in the late night on 16.10.2018, Somesh made immediate calls to Samant Goel, who made calls to Shri Rakesh Asthana,” he further alleged.