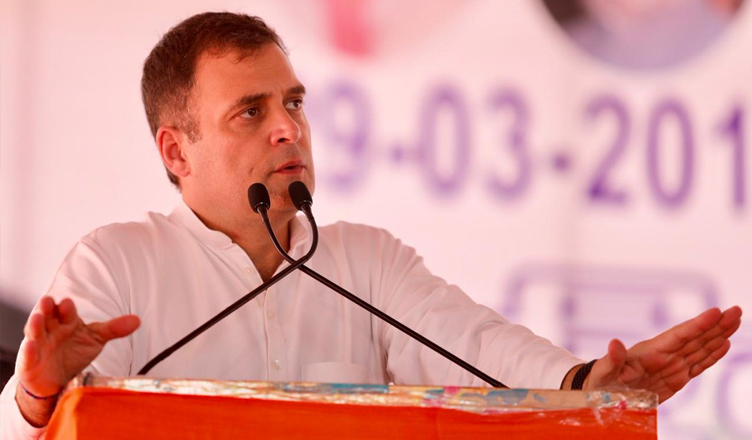 With the intention of letting aspiring entrepreneurs flourish, Congress President Rahul Gandhi on Friday said that if the Congress comes to power then the youth aspiring to be entrepreneurs would be exempted from seeking permission (government formalities) for the first 3 years.

“Youth who aspire to be entrepreneurs will be exempted from seeking permission for the first 3 years,” Gandhi said while addressing a gathering in Yamunanagar, Haryana.

He further said that they will reform and implement true GST (Goods and Services Tax).

“Every month, small businesses are terrorised by Modi’s #GabbarSinghTax. We will reform and implement true GST,” he said.

Reiterating the Congress party’s promise of providing minimum income to India’s poor, Gandhi attacked Prime Minister Narendra Modi saying that he does anyay (injustice) to India’s poor, but they will give them NYAY.

“PM Modi waived off loans worth ₹3,50,000 crore of 15 biggest industrialists of India, whereas, when asked for farmers, Finance Minister Arun Jaitley claims loan waiver is “not their policy.”20% of India’s families whose income is less than ₹12,000 will receive the benefits from NYAY scheme. We will deposit ₹72,000 annually. Modi govt does ‘Anyay’ to India’s poor, we will give ‘NYAY,’ the Congress Chief said.

Later in the day, Gandhi will be addressing two more rallies in Ladwa and Karnal.

One thought on “Aspiring entrepreneurs to be exempted from seeking permission for first 3 years: Rahul Gandhi in Haryana”