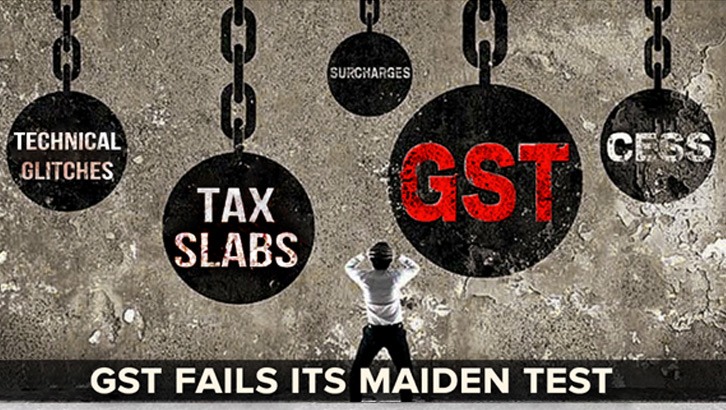 When the government announced its plan to implement GST, to bring in the structure of ‘one nation, one tax’, there were widespread concerns about the missing technical and institutional infrastructure to support such an overarching scheme.

Those concerns, however, were justified and have exposed the Modi’s Government’s unpreparedness. Of the nearly 75 lakh businesses that migrated to the new GST tax regime, only about 35 lakh have filed their GST returns for the month of August, falling way short of the governments’ expectations.

Many experts pointed towards various software anomalies in the system that would prevent people from smoothly filling their GST returns, even if they wanted to. GSTN (Goods & service tax network), the company responsible for creating and managing the infrastructural backbone for GST, suggested that it has still to conduct basic preliminary tests of the final version of the software owing to shortage of time and labour.

India, for long, as had one of the most complex tax systems in the world, which was supposed to be ended by the GST and promote ease of doing business. However, various integrated levels, additional surcharges & cess and numerous exemptions, estimates suggest that rates might end up going up to 7-8 %, which isn’t exactly the sort of simplicity that was promised.

The GST reform which as an idea was supposed to be a single band, no exemption, straightforward reform, has taken a vicious shape under the Modi government. Government, as usual, has refrained from taking any expert advice, and has ended making GST open to corruption and economic harassment.

Private enterprise continues to pressurize and lobby the government to shift their products to lower tax slabs, moving GST further and further away from its founding principles. The government has turned citizens into guinea pigs in order to score electoral points.

Most successful countries operate out of a maximum of 1-2 tax slabs, with minimal exemptions. In India, however, we have 4-5 tax slabs plus arbitrary cesses.

Be it GST or demonetisation, these faulty decisions have only shown complete lack of intellectual talent in the BJP and government.