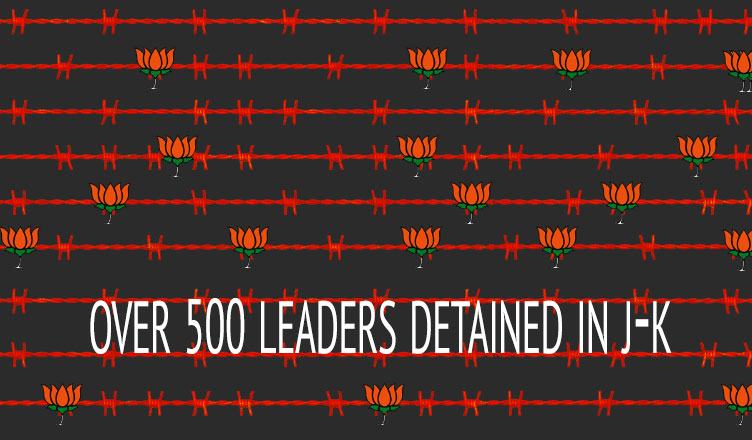 Following the Centre’s announcement of revoking Article 370 and dividing the state of Jammu and Kashmir to two union territories, over 500 political leaders and workers have been detained in the state. The list includes former chief ministers Mehbooba Mufti and Omar Abdullah.

About 560 such workers have been lodged in makeshift detention centres in Sher-e-Kashmir International Convention Centre in Srinagar and other such centres in Baramulla and Gurez, news agency PTI reported.

A 17-year-old boy lost his life following the announcement. According to HuffPost India,  a group of boys was at a playground on the day the announcement was made. According to the deceased, Osaib Altaf’s family, the boys were cornered by CRPF personnel on a footbridge as they had come from both the sides of the bridge. Seeing no escape, the boys jumped into the Jhelum river flowing under the bridge. While others were rescued by a few labourers working on the river side, Osaib could not make it as he did not know swimming.

Also read: This abuse of executive power has grave implications for national security: Rahul Gandhi on scrapping of Article 370

2 thoughts on “Article 370 revoked: Over 500 leaders and workers detained in Jammu and Kashmir”