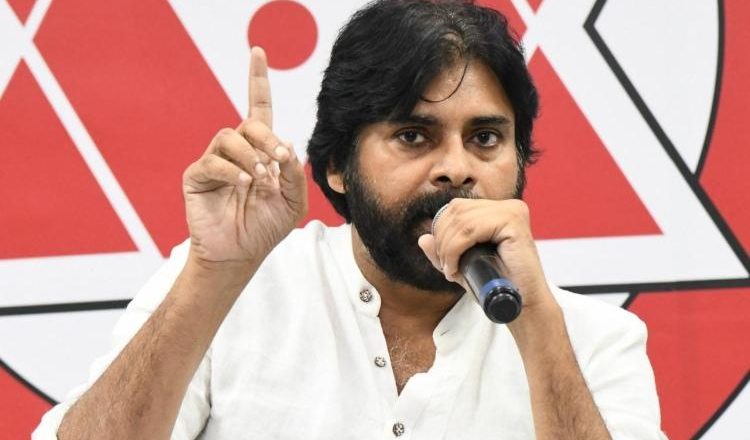 As actor turned politician, Pawan Kalyan, announced that his party Jana Sena would ally with the BJP in Andhra Pradesh, many of his supporters were flabbergasted. After all, the Jana Sena was an ally of the Communists and Mayawati’s BSP during the 2019 general elections. Of course, during the 2014 elections, Pawan Kalyan was an ally of the BJP and attempted to exploit the anger against the Congress party for dividing the state. He overlooked the fact that the BJP was in favour of bifurcation as were all parties except the Communist Party. Kalyan went from one election rally to another berating Congress leaders and calling for them to be stripped off their Dhotis and beaten. His clarion call of ‘Congress Hatao Desh Bachao’ resonated well with the BJP’s own call of ‘Congress Mukht Bharat’.

Five years later, after several flipflops, the Jana Sena and BJP are back to some mushy times. Only this time, the leaders whom Pawan Kalyan once wanted to strip off their Dhotis (he made the distasteful comment several times in reference to Congress leaders) are flashing the erra thundu or the red towel, which Kalyan popularized as a symbol of labour struggle. Of course, the BJP doesn’t see red in all this, because the BJP too is led by a man who all his life was a Congress leader, right from his NSUI days. Together, with a former Speaker from the Congress on the Jana Sena side and another former Congress minister on the BJP side, the two parties claim they have been brought together by ideology—the ideology of crass opportunism.

Perhaps Jana Sena and BJP do have a lot in common. They both feign respect for popular left leaders—while the Jana Sena has appropriated Che Guevara, the BJP claims it is inspired by Bhagat Singh and Subash Chandra Bose. Yet, their supporters have a disparaging tone while talking about labour issues. They can be described as “idol kleptomaniacs”. Both the Jana Sena and BJP want to decimate the Congress and its ideology, but shamelessly welcome turncoats who are looking for crumbs of power. What else explains an ex-speaker and a minister, both of whom owe their identities to the Congress join hands to work for a Congress Mukth Bharat? Such people are devoid of ethics, courage and gratitude. They serve themselves and not the public.

To rationalize their greed for power, they come up with fancy slogans like New Age Politics, where such opportunism is passed off as unavoidable Machiavellianism. Anyone questioning them will be attacked by their online trolls—the Jana Sena, despite not having much success in elections, has nurtured an army of visceral trolls. The objective of the trolls is to muddy rational public debate and digress from matters of national and regional importance. And in their eagerness to cozy up to the BJP, the Jana Sena has gone all out to woo it by supporting the CAA without understanding what it is. In fact, the official Social Media accounts of the party have referred to the CAA as the—Civilization Amendment Act. You read that right! The Jana Sena feels that the civilization needs an amendment! They are clearly oblivious of what they are supporting.

Also Read: The rise of populism in Andhra Pradesh

Such an approach is not constructive, no matter how much parties such as the JSP harp on constructive politics. Their call to destroy other parties, instead of clearly spelling out how they would lead society if they are elected to power, is indicative of politics driven by the lust for power rather than concern for the common good. When a party avows to destroy another, it implies that they just want to create a political vacuum, which they can occupy. However, if the Jana Sena truly believed in ‘New age Politics’, it would take up contemporary issues. It would be concerned about issues pertaining to education, economy and environment. It would strive for inclusiveness and sustainability. That would be new age politics. Not seeking amendments in our ‘civilization’!