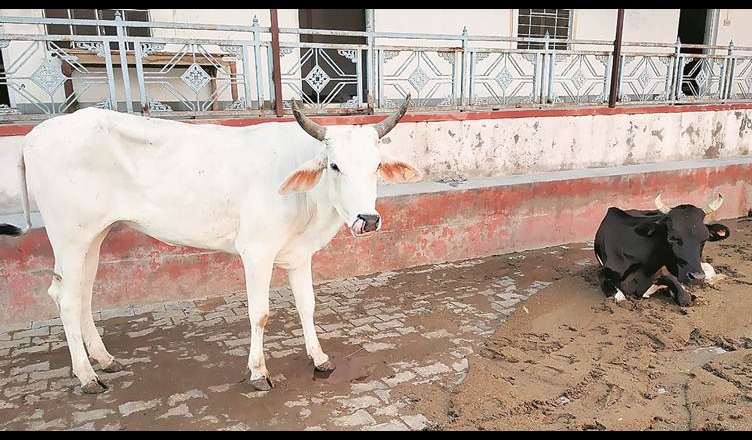 A day after 28-year-old Akbar Khan was attacked by a mob on suspicion of smuggling cows in Alwar’s Ramgarh town, the functioning of the Rajasthan Police has come into question.

The allegations that the Police not only took 3 hours to cover a distance of 4 kilometres in taking the victim to a hospital, but also stopped for tea in between as well as also thrashed the victim have raised serious questions about its manner of functioning.

Even after reaching the incident spot at around 1.15 am, the police reached the health centre at 4 am.

It has also been alleged that the police first took the two cows that the victim was carrying, to a cow shelter and then took the victim to the Ramgarh community health centre. Unfortunately, he was declared dead on arrival at the health centre.

One of the eyewitnesses has alleged that she saw the police kicking a man (Khan) lying in a pool of mud and blood.

“During the investigation, if we find any administrative goof-ups, we will take necessary action,” Hindustan Times quoted deputy superintendent of police Aneel Kumar as saying.

Victim’s father, Suleiman demands justice for his son and wants that the perpetrators be brought to justice at the soonest.

The brutal incident reminds us of the gruesome April 5 mob lynching case, where 55-year-old dairy farmer Pehlu Khan was lynched by a group of 200 cow vigilantes. Khan later died due to his injuries.

Time and again, the government at the Centre and concerned state governments have been called upon to crack down on cow-protection vigilante groups, but to no avail.

Not only has the BJP government done anything to check this crime in the name of cow protection, but in many instances, it has been seen endorsing the so-called gau rakshaks.

High time for the government to crack down on such groups so that justice is done to all the victims who died a dreadful death due to it.