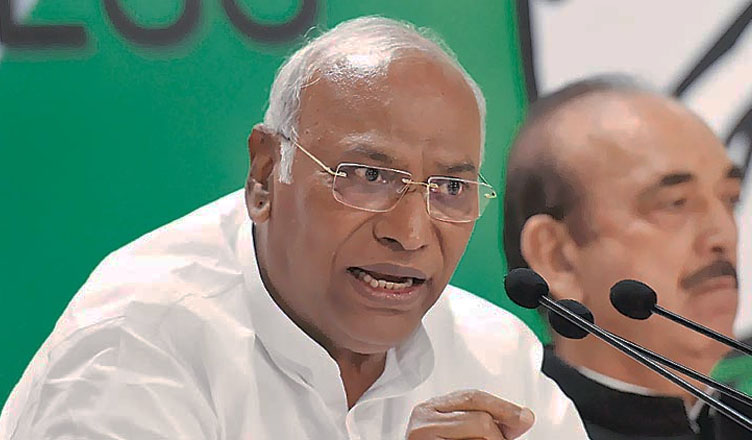 Leader of the Congress in Lok Sabha and a member of the committee that appoints the Central Bureau of Investigation (CBI) chief, Mallikarjun Kharge, wrote to Prime Minister Narendra Modi regarding Alok Verma’s sudden ouster and said that “no one — neither you nor the CVC — enjoys the requisite authority to interfere with the Terms of Service vested in the Director” and that the move was “illegal” and “mala fide”.

“The actions taken in early hours of the morning of October 24, 2018, in transferring the Director and his entire team, amount to a grave violation of the law, the Supreme Court’s clear directions on the subject and the Constitution of India,” Kharge wrote in his letter.

Kharge indirectly also criticised Modi government’s decision to appoint Rakesh Asthana as the agency’s Special Director and said, ” “Therefore, it is clear that while you may have forced the appointment of your chosen individual as a Special Director upon the Institution, the Director is appointed by way of a statutory process that is transparent and cannot be substituted by way of Executive discretion. Furthermore, neither you nor the CVC, enjoy any powers to remove the Director in any manner (leave, transfer or otherwise).”

Terming it as an unwanted intrusion, Kharge said that the government’s sudden decision was a serious breach of the law. “Therefore, it is apparent that the decision taken by the CVC, shortly after your meeting with the Director and the Special Director, we might add, is a serious breach of the law. It also constitute a serious, illegal and unwanted intrusion by the PM and other governmental functionaries into an ongoing criminal investigation,” he wrote.

Also read: Congress will work for the poor: Rahul Gandhi in Sikar

Kharge further added that it is a “ridiculous misinterpretation of the law if the Government admits that it cannot appoint, remove or transfer the Director, yet can ask him to sit at home and appoint someone else in his stead.”

Raising suspicions over the Director’s ouster due to him planning an investigation into the controversial Rafale deal, the leader of the Congress wrote that it seemed less like a ‘clean-up’ and more like a ‘cover-up.’

“The de-factor transfer/divesting of authority of the Director CBI, is illegal, mala fide, and points to a sinister agenda to scuttle important investigations including into the Rafale deal. It seems less like a ‘clean-up’ — as your cabinet colleagues are nervously asserting — and strikingly more like a ‘cover-up’,” he wrote.

“There are no visible grounds to transfer the Director. The only plausible explanation for this desperate and hasty move is an attempt to scuttle the ongoing investigations in the Special Director’s cases and other cases that might cause significant embarrassment to your Government. The explanation acquired even more relevance when one considers that almost the entire team working under the Director (on the investigations against the Special Director) has been transferred on specious reasons of ‘public interest’,” Kharge added.

He also expressed his shock over four Intelligence Bureau men snooping outside the Director’s residence and said, ” One must answer publicly as to what are the reasons behind this snooping? Is the PM trying to scare the dissenting voice of an officer and giving message of similar consequences to others? Or is the PMO scuttling the probe with the sole aim of preventing the truth of the reported corruption in the Rafale fighter jets purchase. Sir, Prime Ministerial legacies are built by strengthening institutions. Your term, it seems more and more likely, will be remembered for the opposite.”