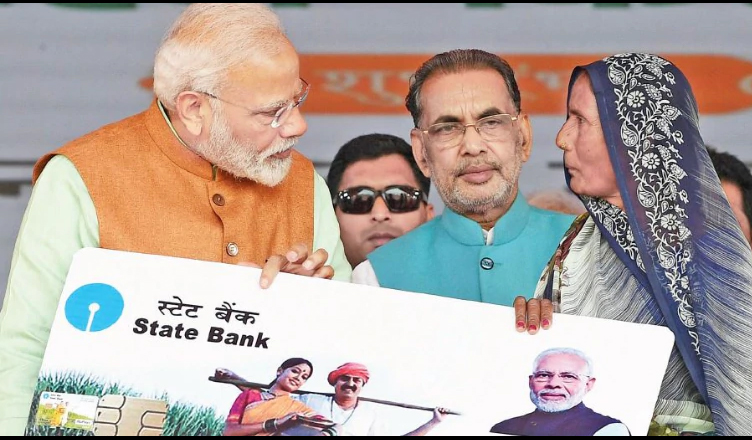 A debt-ridden farmer from Agra (Uttar Pradesh) has sent the first instalment of Rs. 2,000 received under the Pradhan Mantri Kisan Samman Nidhi (PM-KISAN) to Uttar Pradesh Chief Minister Yogi Adityanath along with a letter requesting permission for euthanasia.

“I have sent a money order of Rs 2,000 to CM Yogi Adityanath. I am under Rs 35 lakh debt and if the CM can’t help me, he can at least grant me permission to kill myself,” The Times of India quoted Pradeep Sharma, who is under a debt of Rs. 35 lakhs, as saying.

“Earlier, too, I had written to the district administration and the state government seeking help, but never received a reply. In December last year, I had gone to Delhi to meet Union agriculture minister Radha Mohan Singh but returned empty handed from there too,” he told TOI.

Sharma had raised the issue of crop loss with district administration officials in grievance redressal meetings but even after a number of requests and submitting required documents, he still has not received any compensation.

Also read: Congress and JD(S) will fight with unity: Rahul Gandhi in Karnataka

“When my uncle died of heart attack in 2015 due to farm debts, I brought the matter to the notice of administration officials but nobody came forward to help. Due to bad weather, I suffered crop loss in 2016 and my father died of cancer in 2017. Already under debt, I couldn’t give him proper medication. Now, I have sent the money order to the CM and perhaps he will understand me,” he said.

Testifying Sharma’s ordeal, Shyam Singh Chahar, leader of a farmer’s group, said that there are other farmers too in the district who have not been compensated for crop loss.

“Sharma is in deep distress since past several months. He has suffered major losses and needs to be supported by the government,” Chahar said.

“Around 40% of the total potato production in the country takes place in U.P. Agra district alone grows potato in over 72,000 hectares and farmers here are struggling to somehow retain their investments. They are being burdened with bank loans and the state and central governments must start immediate relief schemes for them. Ex-gratia payment of Rs 400 per quintal potato should be approved by the government,” TOI quoted Mohammad Aamir, general secretary of Potato Producers’ Association, as saying.

One thought on “Allow me to kill myself: Debt-ridden farmer demands euthanasia as he returns Rs 2,000 received under PM-KISAN”