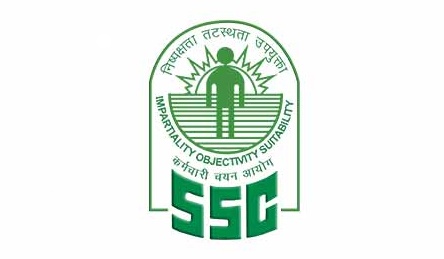 Since yesterday, thousands of students have taken to the streets of Delhi to protest what has been construed by them as “mass cheating” in the Staff Selection Commission Combined Graduate – Level Examination (SSC CGL).

“The shifts that were held before August 15 were comparatively difficult due to which some of the students moved the Central Administrative Tribunal (CAT) and the case kept getting delayed thus, delaying the Tier- II exam,” said Rohit Tayal, an SSC CGL 2017 aspirant, to The Logical Indian.

Tayal further told that the Tier-II exam was to be held on February 17 and the Tribunal’s verdict was to come February 15 due to which there were not even sure if it would be held.

However, the CAT dismissed the students’ case on the ground that the exam cannot be further delayed, and thus, one day before Tier-II commenced i.e. February 16, the date of the exam was confirmed.

Tayal, who was one of the additional 40,000 students shortlisted, got only a month’s time to prepare for the examination.

“On February 21, we had our mathematics paper. Minutes prior to the exam, a Facebook page that exposes SSC scams revealed that the question paper with the answers was leaked.”

The page, SSCtube, claimed to have received images of answer keys from SSC students and posted the same on the page.

“The SSC again cited “technical glitch” and postponed the exam by two hours. The paper was supposed to be held at 10:30 am, but was held at 12:30 am,” Tayal told The Logical Indian.

On February 23, the page made another post – an image of the candidate interface. SSCtube alleged that some students might have taken the test from remote locations.

Tayal said that it was impossible to click the pictures from official centres as the students were not even allowed to take pens in the exam halls, forget phones.

The SSC, however, denied any foul play in the examination.

It termed the snapshots emerging on social media “manipulated and having no significance on the sanctity of the examination.”

The government body further said that it did investigate the allegations of February 21 and found the claims to be “baseless”.

The next day, on February 24, SSCtube made another post on the alleged case of “remote access” of the exam held on February 18.

Ironically, that same day, the SSC released a notice saying that the exam held on February 21 was delayed due to “technical reasons” and will be re-conducted on March 9, 2017.

The students are now out on streets to protest against the alleged scam.

Today, the students took permission from the police to carry out a march till Rashtrapati Bhavan.

Even the education system seems to have been rotted by corruption, a predominant element of the ruling party.