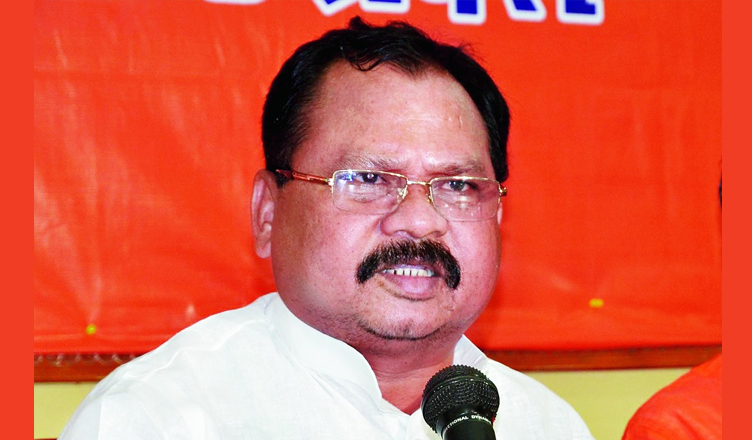 The Bharatiya Janata Party (BJP) leaders are leaving no stone unturned in ensuring that the Balakot air strike brings political mileage to them.

National Herald has quoted Gilua saying that the Balakot air strike in Pakistan will help the saffron party in Jharkhand in the upcoming Lok Sabha elections.

“BJP will win all 14 seats in the Jharkhand, our surveys tell us that. After all, our Indian Air Force finished the terrorist training camp in Pakistan just over 12 days after they killed our soldiers in the Pulwama suicide attack,” NDTV quoted Gilua as saying.

The Jharkhand BJP chief’s comments come days after Yeddyurappa said that India’s air strikes have created a favourable wave for PM Modi and will help the saffron party in winning 22 of 28 seats in the state in the upcoming Lok Sabha elections.

Also read: PM Modi gets schooled by 15-year-old dyslexic girl on how to be kind

“The atmosphere….day by day, the wind is increasingly blowing in favour of the BJP. Yesterday’s (Tuesday’s) action of destroying terror hideouts by entering inside Pakistan has resulted in a pro-Modi wave in the country, the results of which can be seen in coming Lok Sabha polls. It has enthused youths; all this will help us in winning more than 22 Lok Sabha seats (in Karnataka),” the former chief minister said on February 27 in Chitradurga.

Following the dastardly February 14 Pulwama terror attack, BJP spokesperson and leader from Gujarat Bharat Pandya on February 18 was seen asking party workers to turn the “nationalistic wave in the country”, which is been witnessed post the Pulwama attack, into “votes.”

“The attack that happened in Jammu & Kashmir….you must have seen the visuals. Keeping all differences aside, people have come together with a sentiment of nationalism. People have have shown their love for the country through rallies and agitations. When terror attacks had happened in Mumbai during the Manmohan Singh government, what kind of an environment was it then? What kind of issues were being raised in the Parliament? The discussions were about that if local people, who were aiding terrorists, were being investigated and arrested by security agencies… But the situation is very different today,” The Indian Express quoted Pandya as saying at the booth-level party meeting In Vadodara.

One thought on “Air strike will help us win all 14 seats in Jharkhand: BJP state chief Laxman Gilua”