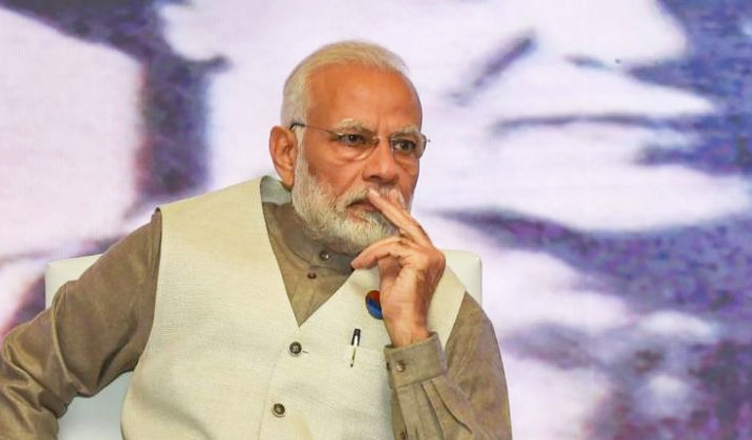 Through his interview given to News Nation on Saturday, Prime Minister Narendra Modi has given a lot of funny content to Twitter to have a good time. Just a day after the PM was trolled for his “cloud-radar” comment, he was again roasted for his “using a digital camera and e-mail around 1987-88” remark.

“I used a digital camera for the time around 1987 or 1988. Very few had e-mail at that time. Advani ji was holding a public meeting in Viramgam tehsil in Gujarat. Back then I took pictures of him on a digital camera. I clicked the photo and transmitted it to Delhi, which was published the next day. Advani ji was very surprised how his colour photo was published within a day,” PM Modi said during an interview with News Nation.

Soon after PM Modi made this claim, social media was flooded with posts claiming that how could PM Modi use digital camera and e-mail n 1987-88 when the first digital camera was developed in 1987, whereas commercial e-mail services became available in India after 1995.

In 1995 VSNL started Internet services in India, which was available to limited and @narendramodi used it in 1987 ? Digital camera was launched by Nikon in 1986 and it came to India post 1990. How Modi ji used it in 1987? Kya fakeeri hai! pic.twitter.com/dLLGsbvF3i

People even mocked PM Modi for able to afford a luxury such as a digital camera despite being a “poor chaiwala.”

I will not mock Modi ji on the digital camera or email bit. If in 88/89 a poor chaiwalla with NO Money could afford this "luxury ", then imagine the transformation shree Rajiv Gandhi ji got. All you #Chowkidar 's please vote Congress#MondayMotivaton

More Modi gems. Nothing adds up. Poverty? Yet by own admission digital camera which few people had. pic.twitter.com/dd3BVkFUxT

Let’s have a look at some other tweets where PM Modi was fact-checked for his false claim:

Mr Modi is the 1st PM to have

1. used E-mail service 7 years before it was launched

2. used Digital camera 8 years before it was introduced

3. Did the Air strike himself despite heavy CLOUD

In 1988, even in the developed west, email was available to a few academics and scientists but Modi somehow used it in 1988 in India before it was officially introduced to the rest of us in 1995. ? https://t.co/cq3nhRLEQJ

According to @narendramodi , he was begging for 35yrs.
That means till 1986 he was begging for living N suddenly in 1986 the 1st digital camera was launched n He bought it in India in 1988 though 1st launch in India was in 1991 n commercially sold from 1991 by Kodak for $13,000 pic.twitter.com/wgaNGCLE1Z

Modi is a pathological liar. pic.twitter.com/cCPEUigpNV

Modi invented Digital camera, EMail, like gas from the gutter & clouds which could not be penetrated by radars. Ask any Bhakt. https://t.co/sPrmrSaFmZ

Oh, and he was sooo poor that he owned a digital camera in 1987; most of the households purchased it 20 yrs later

Modi is the biggest embarrassment for India! pic.twitter.com/gYDuuCVvxJ

Is there no end to Modi’s lies? He says a took a digital photograph in 1988 and transmitted it by email. (First digital camera was sold by Nikon in 1987 and commercial emails were introduced in 1990-95) pic.twitter.com/3kKazQAMGQ

One more @narendramodi’s Lila… He used #Digital #camera and Sent an #email in 1987.. we really miss you Sir from 23rd May… NaMo Lila ये ग्रंथ जल्दही आयेगा… #RajivGandhi …pic.twitter.com/cbB0PuJmq7

In the same interview, PM Modi, while commenting on the airstrike conducted in February, said that despite bad weather, he gave a go ahead to fighter jets as he believed that clods and heavy rain would prevent radars from detecting jets.

He was ridiculed and criticised by the Opposition for his remark.

Without wasting much time, the Congress attacked the PM through their self-composed poetry: