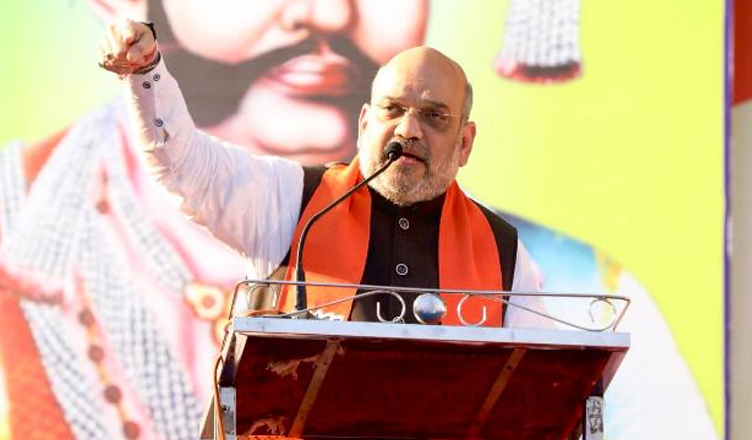 “Forty-four jawans were martyred in the Pulwama terror attack. Earlier, nothing used to happen after such incidents. Narendra Modi ordered his Air Force on the 13th day (of the incident) and our aircrafts blew the terrorists to pieces in Pakistan,” news agency ANI quoted Shah as saying while addressing a rally in Krishnanagar, West Bengal.

Amit Shah’s comment has come despite the EC issuing notice to Adityanath for making a similar remark.

Also, the EC had issued an advisory to political parties instructing them to desist from using armed forces for their political propaganda.

Also, over 150 veterans, including some former, Army, Navy and Air Force chiefs, had written to President Ram Nath Kovind urging him to “urgently direct all political parties that they must forthwith desist from using the military, military uniforms or symbols, and any actions by military formations or personnel, for political purposes or to further their political agendas.”

In a letter, titled ‘From A Group of Veterans To Our Supreme Commander’, the veterans raised strong objections to Uttar Pradesh Chief Minister Yogi Adityanath’s “Modiji ki Sena” remark as well use of posters and images with pictures of soldiers and especially of Indian Air Force Wing Commander Abhinandan Varthaman during campaigning.

Looks like, Shah is clearly not bothered by such warnings nor does he take the EC seriously.