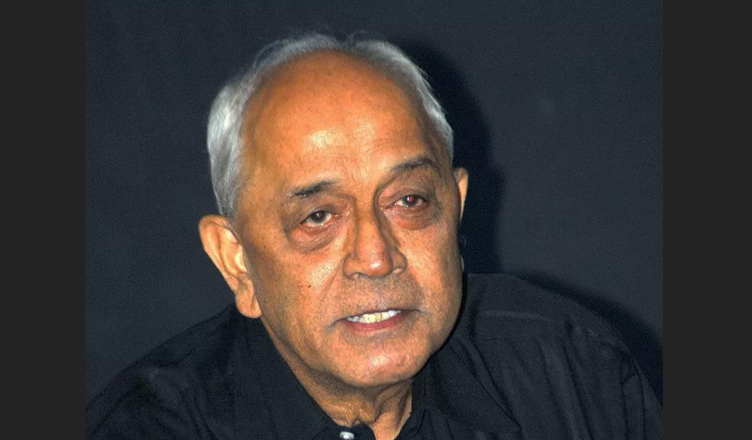 Former Navy chief Admiral Laxminarayan Ramdas, has written to President Ram Nath Kovind urging him to acknowledge the open letter written by veterans of the armed forces on April 11 requesting him to stop parties from politicising the armed forces.

“I am constrained to bring to your notice the fact that to date, namely 28 April 2019, there has been no acknowledgement of receipt of this letter sent by email (on April 11) to three official IDs of Rashtrapati Bhavan. None of these have bounced, which implies that they have indeed been received,” the Magsaysay award winner wrote in a letter to Kovind, on Sunday.

Over 150 veterans, including some former, Army, Navy and Air Force chiefs, had written an open letter to President Kovind urging him to “urgently direct all political parties that they must forthwith desist from using the military, military uniforms or symbols, and any actions by military formations or personnel, for political purposes or to further their political agendas.”

However, no action has been initiated yet. Prime Minister Narendra Modi continues to use armed forces for political gains. Recently, while addressing a public meeting in Maharashtra’s Latur, PM Modi had requested first time voters to dedicate their vote the martyrs of the Pulwama terror attack and soldiers who carried out Balakot airstrikes.

Mentioning the response received from the Rashtrapati Bhavan press secretary “That no such letter was received on any of the mail IDs and that the hard copies which were dispatched later both by Speed Post and registered mail were received but had been marked ‘NFA’ (no further action) because there was no signature,” Ramdas refuted the same saying, “This is strange indeed, since the letters were signed by Major (retd) Priyadarshi Chowdhury on behalf of the list of endorsees.”

Also read: PM Modi talked about ‘Congress-mukt Bharat’ because he knows that only Congress can defeat him: Rahul Gandhi

“Mr President Sir, I have written to you earlier, purely in my individual capacity, with regard to several matters of concern affecting the country and us in the armed forces. However, the letter on politicisation dated April 11, 2019, is the first that has been addressed to the President of India (as the Supreme Commander of India’s armed forces) and endorsed by such a large number of veterans,” he said in the letter.

“Our demands and concerns are very simple —namely to ensure that the armed forces are not used for political purposes by any political party — hence the appeal to both of you and the Chief Election Commissioner to urgently take necessary and firm action. We veterans have looked up to your high office with deep respect in the Constitution of India which you represent. We would therefore deeply appreciate a formal acknowledgement from your office of the receipt of the open letter addressed to the Rashtrapathiji and the CEC,” the letter reads.

Clarifying doubts over the credibility of the letter following to former chiefs denying to having signed it, Ramdas said that after investigation “it has been more than fully established that everyone of the original 156 endorsements has been indeed verified to be genuine” and that “It is also true that only two out of 156 officers who signed on denied doing so, either due to a misunderstanding or change of heart. I have been in communication with both and their names on the first list have been struck through.”

He further informed that the two names on the first list have been struck-through as well as “a large number of veterans, equally concerned with the continuing use of the military in election posters, speeches and campaigns, have been asking to be included in the letter to the Supreme Commander.”

“The total numbers including those in the second list which has been sent to you have reached a total of 422 and still counting,” he wrote.

Adm L Ramdas writes to The President @rashtrapatibhvn on our behalf. There is just one more question to ask The President

Sir, if we have expressed our anguish & pain utilising all available Institutional Mechanisms availed to us & yet no redressal is available,
what must we do? pic.twitter.com/eGmn8Xcyh6