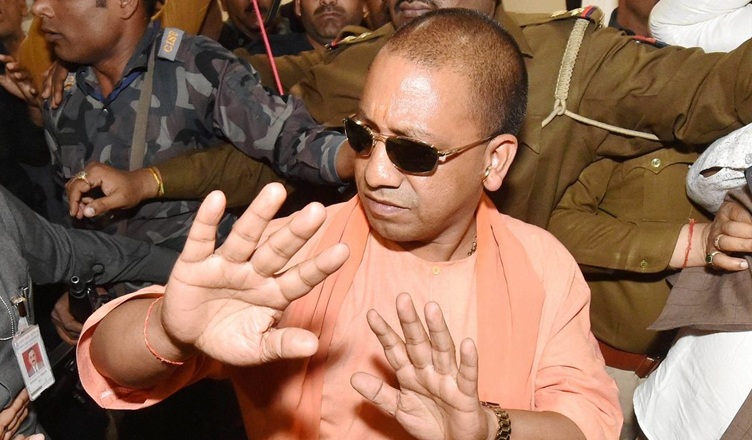 An audio tape having recording of a police officer intimating a gangster in Uttar Pradesh about a ‘planned’ encounter and asking him to manage two BJP leaders in order to save himself has raised high doubts on the credibility of encounters that have been taking place in Uttar Pradesh since the last 12 months. This audio tape has come out as an explosive for the Yogi government and questions his claim of police encounters that have taken lives of 48 people in the above mentioned period.

The police officer, whose voice is recorded in the tape, is believed to be Mauranipur police station in-charge Suneet Kumar Singh, whereas the gangster involved is Lekhraj Singh Yadav, who is facing charges of several murders and extortion. Also, the two BJP leaders who the police officer was suggesting to ‘manage’ are reportedly, BJP MLA Rajeev Singh Parichha from the Babina seat in Jhansi, and BJP district president Sanjay Dubey.

In the tape, the officer can be heard saying to the gangster that the season of encounters is on and that his mobile number is under surveillance, so if he wants to save himself he should manage the Babina MLA and BJP district president.

According to the India Express, the gangster is heard replying, “We were criminals from the beginning… and will remain so… committed crimes throughout life… don’t how many I have killed and dumped them… don’t know how many murders I have committed with my own hand… don’t know how many times I have gone to jail… I have all the system… all problems have been solved thanks to the grace of God.”

It is shameful that innocent lives were lost under the garb of these encounters, which the Yogi Adityanath claimed were genuine. But, this audiotape puts his claim in doubt. While the criminals seem to get away with it, the innocents are paying in place of them.