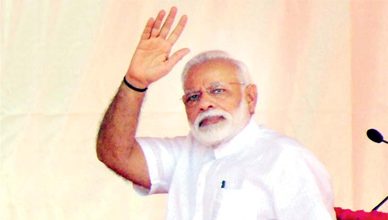 The response to last week’s ‘Why I changed my mind about Rahul’ was stunning. It was about a preference for Congress vice-president Rahul Gandhi over Prime Minister Narendra Modi, and it went viral on social media. I posted the column on Twitter and, within 24 hours, it was retweeted over a thousand times and garnered 1,500+ ‘likes’. This doesn’t include others who posted the column, including Congress MP Shashi Tharoor who got an even bigger response on his Twitter timeline. mid-day said the column was read on one lakh PCs. The paper also received a lot of mail.

Obviously there was a bit of hate mail. Some Twitter response was worse in its abuse. No one, however, was able to make an intellectual argument against it. More than one asked if I had been paid to write it. Yes, by mid-day. A couple of Modi cheerleaders said it read like a school essay. To that I laugh and say: “Sour grapes”. Two right-wingers devoted entire pieces pooh-poohing Rahul’s US visit; sausage-writer Chetan Bhagat questioned the visit’s relevance to India (which was beside the point). A few youngsters asked what I had smoked, though I don’t smoke anything before writing for mid-day. Someone claimed I was out of sync with the “new India”, whatever that glib marketing phrase means. Two people said my column was as bad as my crime novel: I thanked them for reading the novel. Several compared me to a barking dog, and I felt trapped in an alley, surrounded by barking dogs. My favourite: A young man defending me told an abusive troll to “calm down and go drink coconut juice”.

The real surprise was the tsunami of positive feedback. A dozen journalists sent private messages on text, WhatsApp and Signal to breathe a sigh of relief that someone had spoken their mind. Several tweets, including one by former J&K Chief Minister Omar Abdullah, were convinced that the column had spotted a trend early, reading the tea leaves for the 2019 election. Ordinarily this would be dismissed as over-enthusiasm, but the column had generated overwhelming goodwill: It must mean something. Many simply gave a “thanks” or a thumbs up. A journalist lives for a scoop or an interview with an elusive subject, but to tap a hidden deep reservoir of public feeling forces you to re-calibrate the conventional wisdom.

The RSS has already recognised the groundswell of disaffection and has warned Modi about slow growth and zero job creation. (No wonder that at the ISB summit in Mohali on Friday, students gave ex-PM Manmohan Singh a standing ovation.) Subramanian Swamy has warned that the economy could go into a “tailspin”. Chartered Accountant S Gurumurthy said the economy had hit “rock bottom”. Modi is worried – naturally, since he was swept into power in 2014 by the youth vote, and is scared of being swept out by unemployed youth – and seems in a mood to dump fiscal discipline this year by pumping R50,000 crore into the economy. As a journalist put it, this boost to government spending would be akin to an “anaemic ant trying to push a tank stuck in quicksand”.

Thus the ‘buyer’s remorse’ among voters conned by the “good governance” promise should come as no surprise. Modi had one job to do – to grow the economy. Instead, he has slowed it. One gentleman on social media bemoaned how he was taken for a ride by the BJP in 2014: That he was taken in by an anti-corruption campaign centred on the 2G scam that it now transpires was based on an exaggerated notional loss; and that he was brainwashed by the
BJP-controlled media.

No wonder there is pressure on Radhika and Prannoy Roy of NDTV to commit a distress sale of their news channel to an airline owner (who coined the 2014 slogan ‘Abki baar, Modi sarkar’, also used by Donald Trump). NDTV is the only channel that gives the Opposition and dissenters as much time as the government (and perhaps a bit more). Admittedly, English news channels reach only a sliver of our population; yet their influence is disproportionate and so they remain important – even to Modi. If his supporters gain control of the only channel that is not a government mouthpiece, then he can control the narrative going into the 2019 election. That is clearly his aim, given that ‘buyer’s remorse’ is gaining pace.

For me, personally, this all falls into place with the positive response to last week’s column. It makes me think Bihar Chief Minister Nitish Kumar moved too impatiently. It makes me think that Modi supporters, who earlier argued about whether he would be PM for 10 years or 15, will have to reconcile to his being a single-term PM. It makes me think voters are ready for Rahul. 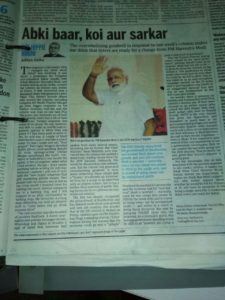 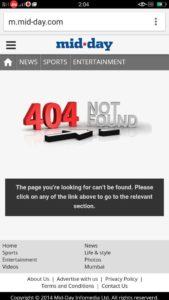 Sinha says Rahul Gandhi is an introvert, but he still manages to attempt a shake-up of India’s oldest political party or to address massive election rallies.

“Rahul will not hesitate to take aboard some strong hands when he forms a government. (I hopes he makes Rajan finance minister.) This is a clear contrast to Modi, an insecure man who can only head a Cabinet of duds,” Sinha wrote in this article.

Following this, Aditya Sinha posted another article (shown above) in the Mid-Day criticising Modi and the BJP. However, the article was taken down by the Mid-Day.