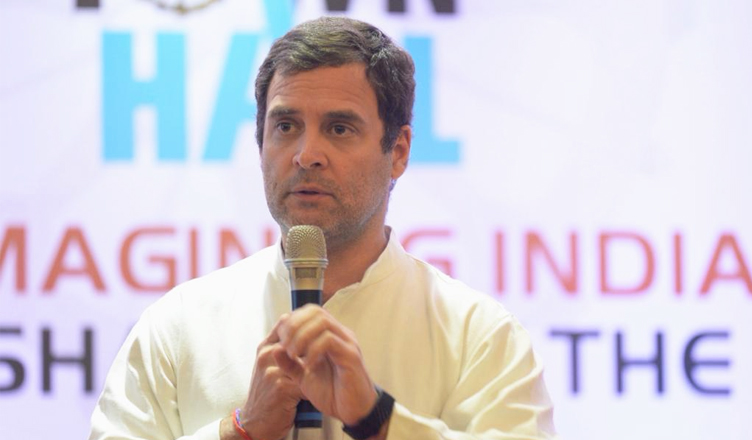 Launching an attack on Prime Minister Narendra Modi, Congress president Rahul Gandhi on Friday said that the abuse he has got from the Bharatiya Janata Party (BJP) and Rashtriya Swayamsevak Sangh (RSS) is the biggest gift for him.

“The best thing that happened to me, as a politician and a human being, is the abuse that I got from BJP and RSS. When someone abuses you, and when you take it as a gift, it is a powerful thing,” Gandhi said during his interaction with a group of intellectuals at the Odisha Dialogue in Bhubaneswar.

Alleging that “there is an assault on the institutions of the country,” the Congress President said that his party believes in the independence of these institutions.

“RSS believes that it should be the only institution in the country. The idea is to systematically penetrate all institutions. We believe that institutions should be independent,” Gandhi said.

“We are ideologically against the assault on institutions that is taking place. Supreme Court judges came to public and admitted that they are not allowed to work. We will defend them,” he added.

Stepping up his attack on the current ruling dispensation, the Gandhi scion said that agriculture and MSMEs have huge capacity to create employment but under the current government, both sectors are in a miserable state.

“Today governments are under the impression that agriculture is a weight. Huge number of jobs are going to come from agriculture if India rethinks agriculture. MSMEs are the ones which will create jobs. What is being done for the last 5 years is a massacre of MSMEs through Demonetisation and GST. Instead of seeing MSMEs as our asset, Mr. Modi destroyed them,” he said.

The Congress chief further said that PM Modi has failed to understand NREGA.

“MNREGA was a successful attempt at shaping the Indian labour market and in creating the labour wage. It transformed the lives of millions of people. Economists who were critical of NREGA before have appreciated it today. Mr. Modi doesn’t understand NREGA, he mocks the policy saying it “allowed people to dig holes”. No, it was a labour market correction. It allowed India for the first time to have minimum wage,” he said.

He further said that Congress wants a democratic state but PM Modi doesn’t intend the same.

“Congress governance is different. We want a democratic state. It will be chaotic but we bring all sections together and create discussions amongst them. My model is people know more about their state than me and I intend to learn from them. When we run a state, we listen to the people. That’s not how Mr. Modi or Mr. Naveen Patnaik think,” he said.

Towards the end, Rahul Gandhi recommended PM Modi to read ‘Bhagavad Gita’ a couple of times and ‘I Am That‘ by Swami Nisargadatta.

One thought on “Abuse from BJP, RSS is biggest gift for me: Rahul Gandhi in Odisha”