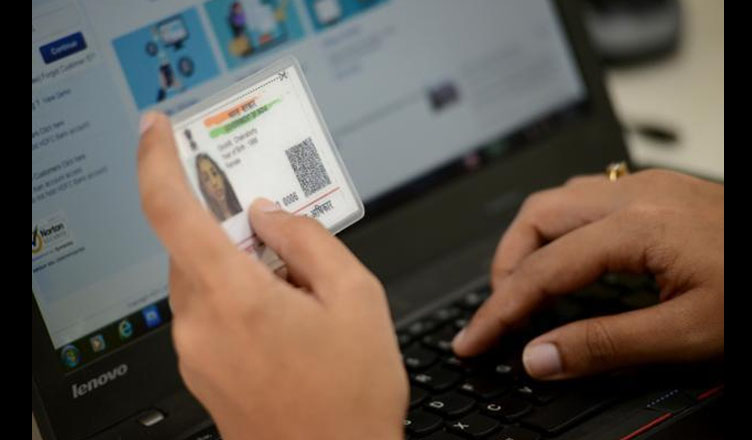 The Supreme Court on Wednesday struck down Section 57 of the Aadhaar Act, which allowed private entities to access Aadhaar data, and said that the data collected so far has to be destroyed.

Welcoming the apex court’s decision the Congress on Wednesday backed the same and asserted that the next step in this direction is to destroy the citizens’ data collected illegally so far.

Hitting out at the government for allowing “illegal” work, Congress spokesperson Kabil Sibal said, “The Supreme Court said that all the data that collected so far is illegal. Why did this government allow such illegal work?”

“The Supreme Court has also said that the data collected so far cannot be kept for more than 6 months. It has to be destroyed,” Sibal added while addressing a press conference.

The party also said that the Supreme Court reprimanded the government and said that it had no right to collect citizens’ personal information in the name of national security.

“By striking down Section 57 of the Aadhaar Act, Supreme Court has firmly put an end to the mass surveillance exercise being carried out under the guise of Aadhar by the Central Government and the grotesque distortion of an idea conceived by the UPA,” Sibal said.

Slamming the government for already causing damage to the country and its citizens, Sibal said that none of this would have happened had the government listened to the suggestions of others.

“Had the govt not been arrogant and allowed the democratic process to work, none of this would have happened. Result of all this is crores of people’s biodata is now in private hands. This is immeasurable harm done to the polity & democracy in country,” he said.

While the government welcomed the apex court’s verdict, it said that if the government does not make necessary amendments, then it will move the Supreme Court.

Quoting the apex court’s observation that if a bill is categorised as a money bill by the Speaker, then the Supreme Court is authorised to decide whether that bill is money bill or not.

Sibal then said that if the speaker terms the amendment bill (of Aadhaar Act) as a money bill, then the Congress Party move would the Supreme Court and would urge them the seven-judge Constitution bench to review the bill.