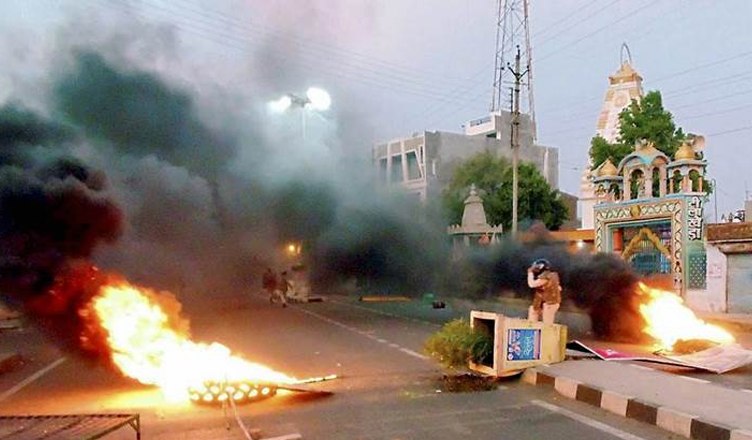 Commemorating the first anniversary of the police firing that killed protesting farmers in Mandsaur, Madhya Pradesh, Congress President Rahul Gandhi visited the families of those that lost their lives. Mandsaur was the center of the protest by farmers when the police fired into the crowd killing six. The protests were held when farmers were unable to recover the cost of cultivation and demonetization added to the problem.

A nationwide protest by farmers has been held from the 1st of June to go on for 10 days. The protests are against the falling prices of crops, the failure of the government to waive farm loans and seeking justice for the victims of the violence in Mandsaur last year. It has been a year but most of the victim’s families are still to receive justice. While some were offered compensation, no FIR was lodged. Many people even refused the compensation asking instead, for the killers of their families to be brought to justice. Despite an investigative committee being set up for the firing, the probe is yet to be concluded. The BJP government set up several schemes to placate the farmers but those are more helpful to traders than those that actually need the help.

In the rally, Rahul Gandhi slammed Mr. Modi to stay silent on critical issues for the country. When Mr. Gandhi requested the PM to waive farmer loans, he remained silent but did not hesitate to waive loans worth Rs. 1.5 crores for 15 of India’s richest businessmen, he added.