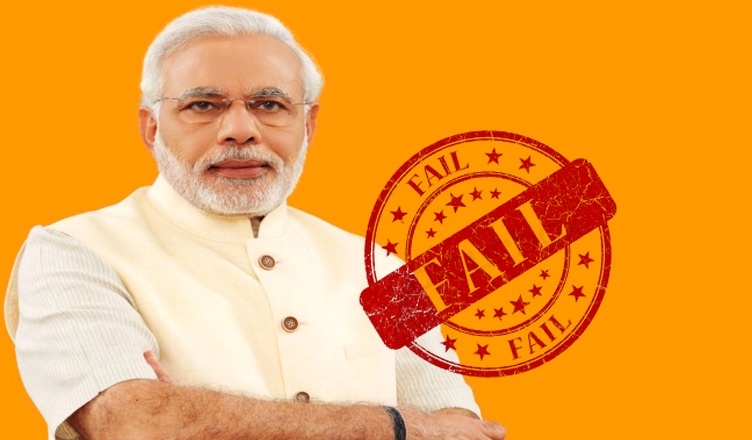 Pointing out at Prime Minister Narendra Modi’s inefficiency in dealing with major issues hitting the country, Congress president Rahul Gandhi on Saturday said the former was a master communicator but struggled in dealing with complex issues.

On the occasion of completion of four years of the Modi government, the Congress president took to Twitter to award grades to Modi government in the fields of agriculture, foreign policy, fuel prices and employment. He also hit out the BJP’s love for self-promotion and advertising.

Slogan Creation: A+
Self Promotion: A+
Yoga: B-

The rising popularity of the Gandhi scion has already made the tweet popular on the social media platform, with over 6,000 retweets and 15,000 likes in just three hours.

As the Modi government completes its four years in power today, the Congress said that the saffron party should be officially renamed as ‘Betrayal Janata Party’.  Also, the grand old party will be observing “Betrayal Day” (Vishwasghat Diwas) at all its district headquarters.

“The party will mark four years of the Modi government with protests in every district of the country,” party general secretary Ashok Gehlot and Congress chief spokesperson Randeep Singh Surjewala said at a joint press conference.

The Congress alleged that the BJP has failed to check rising prices of essential commodities and fuel and have been unable to fulfil its promise of providing employment to youth. Protests and dharnas will be held in every district of the country with the aim of highlighting BJP’s failure as a government.

The Modi government has failed miserably at delivering promises and fulfilling the claims made by it back in 2014. It has not only turned out to be incompetent but a corrupt party altogether.