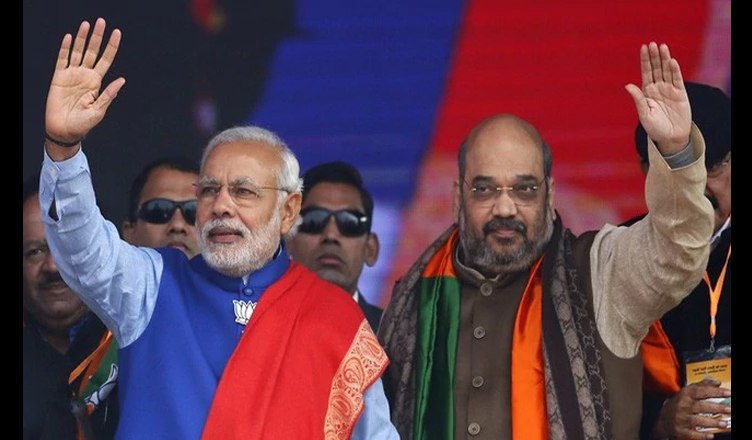 It is not that monitoring was put in place by the Modi government, but this word has taken a new meaning altogether and has been taken to a whole new level under the current government.

When former Prime Minister Manmohan Singh introduced monitoring in 2008, its focus was on seeing how the channels were covering the Bharat Nirman Yojana, a time-bound programme to create rural infrastructure, and terrorism, in the wake of 26/11 when some channels inadvertently exposed details of counter-terrorism operations. But it was never seen as a means of image projection.

But since the Modi government came to power in 2014, there has been a humongous change in this entire concept of monitoring. The main focus is on projecting Modi’s image and amplifying it.

Where, the team only had 15 or 20 members earlier, it is now a 200-member team. Apart from this, state-of-the-art technology has been installed at Soochna Bhawan to assist the team. Recruitments are made through Broadcast Engineering Corporation Limited and on contractual basis. Their jobs are not regularised but some of them may have been working there for as long as four years.

A new development in the same, which has been reported by The Wire, is that the cell phones of the monitoring team are confiscated right at the entrance. Also, the seniors have warned the members that there should not be a repeat of the explosive information breach that occurred recently when details pertaining to the monitoring of the primetime programme, ‘Masterstroke’, were leaked to the programme’s editor.

Let’s understand the kind of work the monitoring team carries out. The instructions are crystal clear to all the members – they have to track all the television news channels and prepare daily reports informing about which channels show Prime Minister Narendra Modi and Bharatiya Janata Party president Amit Shah, in what manner and for how long.

Not just these two, even Information and Broadcasting Minister Rajyavardhan Singh Rathore too has a separate report prepared tracking the same aspects as mentioned above.

Now, let’s see what is the intention behind such monitoring. Basically, it is to track everything that a news channel is showing – what it is showing, what it is saying, which subjects are being covered, what stand is being taken, what point is highlighted, what content is being chosen for primetime bulletins etc.

Also read: BJP’s model is to lie and encourage others to lie: Rahul Gandhi in Chhattisgarh

As per these reports, channels are put into two categories. If a TV channel is wholly tilted towards the establishment, it is placed in the ‘reliable’ category. The channel which is somewhere in the middle, and give limited screen space to the Prime Minister is placed in the middling category.

The process of monitoring doesn’t end here. Post this, the taming process begins. The channels in the second category are given a call by someone from the monitoring team and subtly suggest them that they should show the Prime Minister on their screens more often.

Well, then it’s up to news channels. Whether they take the advice or not is solely based on their discretion.

But all of this suggests the extent to which monitoring is being twisted only for the projection of Modi’s image and amplifying his image.

Monitoring is just another weapon used by the current government to tighten the noose around news channels.