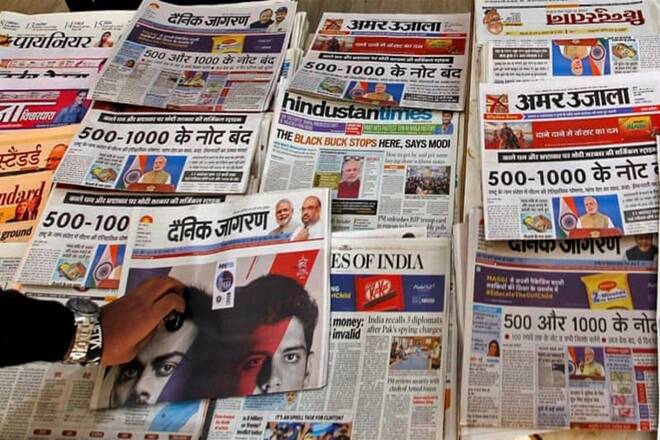 He has been twice conferred with Ramnath Goenka – Excellence in Journalism Award for the Best Journalist of the Year – the most prestigious awards in India in the field of journalism. He became the fifth Indian journalist to receive the Ramon Magsaysay Award in 2019 popularly known as the Asian nobel peace prize. He is Mr. Ravish Kumar.

The Union Ministry of Information and Broadcasting ordered NDTV to go off air for 24 hours on 9 November for allegedly divulging ‘strategically sensitive’ details. They were reprimanded for their coverage January’s deadly attack on the Pathankot air base despite the fact many other news channels also aired the same kind of news. The government scrapped their decision on the ban for reasons not made clear.

He was never a voice of the government, be it UPA or NDA. He preferred being the voice of the people and the opposition which was as rare as hope of water is in the desert. He had faced difficulties but not as much as he is facing since 2014 when the NDA came into power.

When all the media houses preferred being the lapdogs he stood firm to his principle, so much so, that the government stopped sending their spokespersons to his shows to avoid being asked questions.

He was warning the viewers about the future of media since long and went on even to say that if the people of the country want to live in Peace they should switch off their televisions. He was warning since as early as 2016 that the standard of media will touch such a low that abuses,fights,insults, communalism will be the new normal. He even warned that if you don’t want your children to turn into mob then stop watching news. The channel he works in was harassed he was given death threats but he is still unmoved not deterred not backing off an inch.

Even the people who voted for the government knows that he is the only voice who can question the authorities hence he started getting letters from every corner of India to raise the issue of unemployment. When the rest of the media house were busy killing Baghdadi in their newsrooms he was doing naukri series to raise the concerns of the unemployment. When the Media houses were going gaga over the current government reasons best known to them he was addressing the issue of the jobs promised by the government.

We saw retired general abusing on the live show, we saw swords being pulled out by fanatics during primetime debates in the news rooms, we saw questions being  addressed to the oppositions whereas the answers were with people in power. He long warned us about what is coming. No media house dared ask a decent question from the government since six years, infact it seems every media house wants to stay in favor of the government despite scams being unearthed, riots happening, mob lynching, attrocities on backwards.

The media stood with the government asking for proof from the opposition. Hindu Muslim being the flavor of all seasons was aired non stop on the primetime with a panel of an average of 6-7 people in which the opposition was either outnumbered or were outplayed with the volume control in the hands of the channels. Clothes, culture, language and religion were openly mocked in the prime time. So much so that a spokesperson of an opposition.

lost his life when he was mocked about his religion and the anchor had no guts to control the spokesperson from the ruling party which made him a party to the political murder.

The media made a mockery of the killing of democracy when the elected governments were being toppled in the states. Instead of asking questions about horse trading from the center, they were questioning the state governments on what they’re doing to save their government. The fourth pillar of the democracy has almost collapsed with only few bricks remaining to keep it from falling to the ground. Question is is there any hope left or the roof of democracy resting on few bricks of the pillar of media need to be given shoulder by the protest of common man?