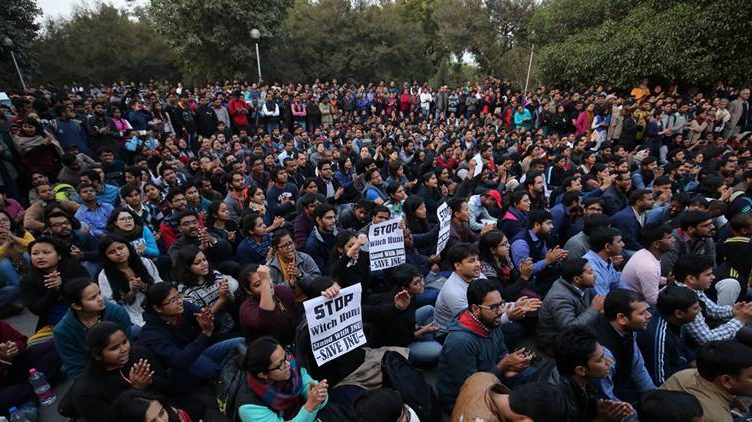 On the eve of our Independence Day, it would bode well for the BJP if it makes an attempt to understand India and what freedom truly means. After all, the actions of the BJP and its associates have been inimical to civil liberties, and the doctrines of freedom. Governance without understanding elementary tenets of freedom would only result in tyranny. It is this lack of understanding of concepts such as sovereignty, secularism, democracy, liberty, peace and other cardinal prerequisites of development, which is hindering India.

If the BJP had understood and respected the concept of sovereignty, India’s territorial integrity would not be compromised by the Chinese under its watch. Likewise, friendly countries wouldn’t turn hostile like Nepal did by altering its map to include Indian territory in it. Further, if the BJP understood democracy—and not confused the term with majoritarianism/mobocracy—it would have reached out to the opposition and sought its counsel while dealing with matters pertaining to India’s sovereignty and territorial integrity.

By bringing in the CAA and NRC, the BJP has revealed its absolute disregard for the principles of secularism, by linking them to religion. Moreover, over 90% of the hate crimes based on religious hatred have occurred after the BPP came to power in 2014. The BJP has become notorious for tolerating and even tacitly approving those who make provocative speeches with little regard for harmony in India.

Despite referring to the parliament as the temple of democracy, Narendra Modi’s administration has show absolute disregard for parliamentary procedures and conventions. Whether it is the electoral bonds bill or the Aadhaar law; whether it is the abrogation of article 370 or the Environment Impact Assessment Notification—or the blatant refusal to have the PM CARES fund audited by the CAG—the BJP has become inimical to democracy in India.

For a party which harped on promoting cooperative federalism in the 2014 election, the BJP has become a hindrance to the federal structure of India. It has actively brought down numerous elected state governments and the pliable media it has domesticated passes off each of these reprehensible acts as a ‘masterstroke’. Several states have complained about the BJP choking them financially by not disbursing what is rightfully their share.

The BJP is petrified by having to face a free press and the so called “strong” Prime Minister Narendra Modi is the only head of government in the world to not have faced even a single press conference in over six years. The BJP is so afraid of public opinion that they have the dubious distinction of imposing the maximum number of internet shutdowns in the world. To put this into perspective, in 2018 the BJP restricted the internet at least 134 times, and Pakistan which was the second worst in the world did so only 12 times last year.

With such poor understanding of freedom, it is no wonder that India’s development has suffered severely under the BJP. After all, no development can take place in a society rife with hatred, prejudice and led by an incompetent and illiberal government. The tenets of freedom comprise the mosaic of development. When any of them are damaged development as a whole suffers. Our economy has plummeted under the BJP and citizens are burdened by heavy taxes with no improvement in governance. The diminishing sovereignty under the BJP is making way for neocolonialism. Once again, our freedoms are in peril. And we need to defend them with all our might.