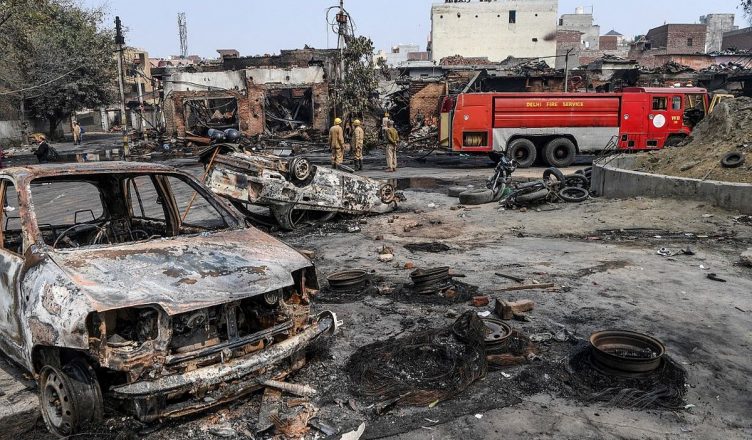 By tomorrow, the country will be “united” in celebrating the Independence Day. Even the BJP leaders and its supporters will feign patriotism and avow national unity and universal fraternity. However, the BJP’s conduct has been most inimical to India’s unity. The BJP has not only compromised India’s territorial integrity in its response to the Chinese aggression by claiming that no foreign power has entered Indian territory. But since the time the BJP came to power in 2014, hate speeches have surged and in many instances BJP leaders have actively created a schism in society. The result is that minorities and marginalized communities are increasingly living under fear.

For instance, the National Crime Records Bureau, (NCRB) reports a sharp 8.5% increase in the number of caste-based atrocities since the time the BJP took charge. Hate crimes too have surged under the BJP. Prior to 2014 hate crimes based on religious identities were below 10. However, after the BJP came to power, they have increased to 92 in the year 2018. Further, most of these recorded crimes (152 out of the 291) have occurred in the BJP ruled states, with most of the accused belonging to right wing groups associated with the BJP.

Several people and organizations have appealed to the Prime Minister and urged him to curb the rise in hate speeches in India. In February, over 170 activists and women’s groups wrote an open letter to the Prime Minister expressing “horror” over the alleged hate speeches made by BJP leaders. There are umpteen instances of even senior leaders getting away after making despicable speeches. During the Delhi riots, senior BJP leader Kapil Mishra had made grossly incendiary speeches, which many people felt were fueling the volatile atmosphere. No action was initiated against him.

Rather than taking action, the BJP apparently rewards hate speeches. For instance, BJP leader from Karnataka Ananth Kumar Hegde in March 2016 called for the end of Islam if terrorism has to be curbed. Instead of initiating action against him or even reprimanding him and making him apologize for speeches that weaken India’s national integrity, the BJP made him a Union Minister in September 2017. Even Pragya Thakur whose appalling comments glorifying Mahatma Gandhi’s assassin, which pained the Prime Minister was made a member of the 21-member Parliamentary Consultative Committee on Defense, despite being accused of terror activities herself. It only proves that the Prime Minister and other senior leaders who feign shock at instances of hate speech provide tacit support to people who actively weaken India’s national integration. In fact, a report by NDTV reveals that under the NDA rule more than 90% of the hate speeches have been made by BJP leaders.

The greatest strength of any nation is the harmony amongst its people. Sadly, the BJP rather than protecting and promoting national integrity is actively supporting those who diminish India’s unity. As India approaches another Independence Day, rather than make meaningless speeches, it would bode well for the BJP if it introspects and makes a course correction. The self-appointed nationalists cannot speak in India’s favour and act against our unity.