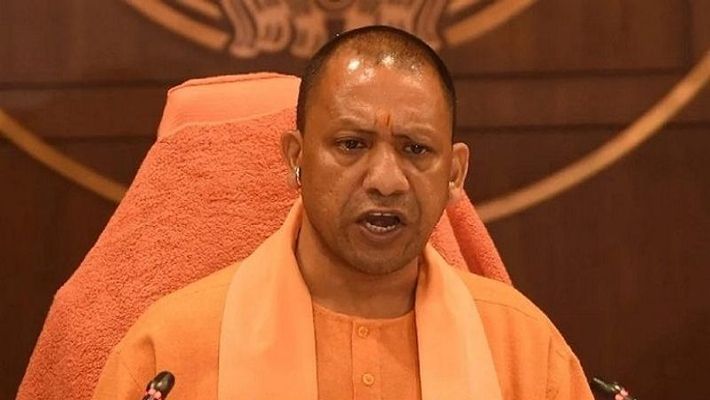 Uttar Pradesh Chief Minister, Yogi Adityanath, or as PM Modi fondly calls him, Aditya Yoginath, put up a spectacular show and cried in the parliament back in 2007. He cried because he was put in Gorakhpur jail and instead of accepting the consequences, claimed it to be an atrocity against himself.

In several other cases against him, the police and the administration have remained mute spectators with the political leadership looking the other way. All this gave him an air of invincibility. This confidence gave him the sense of being indestructible.

No one questioned the legitimacy of Yogi Adityanath’s ‘purification drive’ conducted to convert Christians to Hinduism in 2005. Sources said that in one session about 1,800 Christians converted to Hinduism at Etah in Uttar Pradesh. However, this too was overlooked, weakening the secular fabric of our nation.

While his communal nature has been evident in his many actions, his patriarchal comments and conduct too have been overlooked.

He claimed that women were forced by their husbands and brothers because Muslim women are scared to protest themselves. With such words, he made it clear that women don’t stand a chance to have an opinion in his vision for India. But, perhaps, this is not surprising from a man who believes “women do not deserve independence”.

In 2011, a documentary film titled, “Saffron War-Radicalization of Hinduism” had accused Adityanath of creating a situation of communal tension during the Virat Hindustan Rally held in UP. He not only shared the stage but even agreed with what a Hindu leader said about Muslim women. The statement was that “Hindu audiences should dig graves of Muslim women and rape the corpses.” Let me remind you, this is the Chief Minister of the largest state of India.

In 2015 he made it clear that love has to be in its limits. He doesn’t care what law says about inter-religion marriages but gave a speech that if Muslims take one Hindu girl, we will take 100 Muslim girls. If they kill one Hindu, we will have 100 of them killed, he said.

Since his election as the CM, the disadvantaged sections of the society are the last to get the bread crumbs of what’s left of the government schemes.

Children died in a Gorakhpur hospital because of the lack of oxygen and he showed no compassion. Instead the man who helped the victims was sent to jail just because he exposed the government not paying to the oxygen supplier since ages. No solid case against him but still in jail since long, being harassed and tortured. His name is Dr.Kafeel Khan; hope it rings a bell.

Even during Pandemic he saw and grabbed the opportunity to be a Saint. He swept the data and the reality under the carpet while testing for Covid-19. The testing level of UP under him are the lowest in India; so much so that his mentor, and Home Minister, had to question him why the Gautam Buddha Nagar administration was conducting only 72 tests per million (10 lakh) of the population, while Ghaziabad had just 78 tests for every million people. To which he casually replied that the concerned authorities are on it.

Taking advantage of the Pandemic he has given a free hand to the District authorities to implement section 144 as per their whims and fancies in their districts. No records of  who died of Covid are been maintained hence tracing the chain of spread of virus is now impossible.

He knew behind this pandemic he can hide the issues directly relating to the general public like petrol price hike, inflation, migrants been left on their own to die or making changes to the labour laws which are clearly against the labours but in favor of the industrialists.

Sand mining mafia’s involvement with authorities was handled with care. A new bribe pattern with changed rates was put in place using the excuse of overweight.

Fake encounters are at the max. We all saw what happened to Vikas Dubey. It’s a Gundaraj in the state.

Their is no space of leniency for the crime against humanity and he is getting away with it so easily. It is difficult to believe if it is the same India which we remembered, loved and once felt safe in.

We want our India back from people who have no respect for women, backwards and minorities.