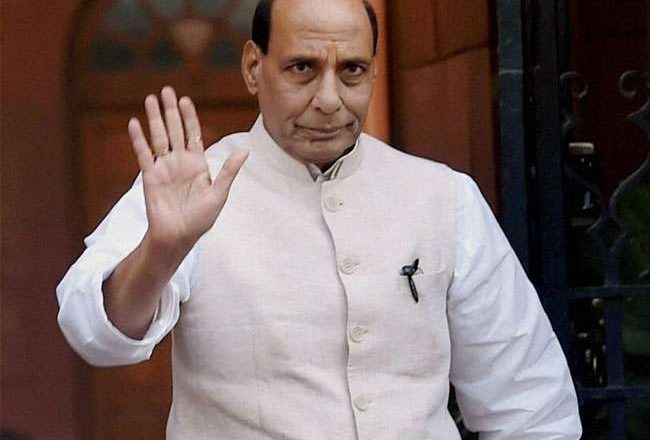 If there’s one thing that the BJP is good at, it’s digressing from and ducking questions. A day after Home Minister Amit Shah distracted the nation with his virtual election rally, Defense Minister Rajnath Singh didn’t want to feel left out of the lime light. Perhaps the intent was to shield the Prime Minister and Home Minister who appear to be the only two calling the shots off the record in the BJP government. Every minister maintains a low profile even when their presence is most required just like the Health Minister who has been absent even as the pandemic crippled the nation. He remains inconsequential in the BJP government.

Likewise, even when India seeks answers about the aggression by China at our borders, the Defense Minister maintained his silence and indifference to the many questions the nation has been asking. Instead of allowing the Defense Minister to speak to the country, the Home Minister referred to India’s response to earlier intelligence failures of the BJP government such as the Pulwama attacks. To this date the BJP hasn’t answered why there was such a massive intelligence failure that killed so many of our soldiers.

Rather than responding to the Congress party’s and India’s question regarding the realities at our borders, the Defense Minister merely took a jibe at the Congress party’s election symbol through an improvised Urdu couplet. Poems don’t solve problems. They can at best express pain. The Defense Minister appears to be finding a cathartic release of his pent-up pain and humiliation by his own party through his poems directed at the Congress party. It is perhaps a veiled message to the apex leadership in the BJP, expressing their collective incompetence.

Whatever the BJP’s internal political tectonics are, they lead the government of the day and are answerable to the people. Deep down, the BJP knows this and is fearful of facing the people with their failures on all fronts from the economy to defense; from public health to social justice—the BJP has failed miserably in all facets of governance. That’s why they duck and digress. And that’s why when the lone duo that makes all the decisions are cornered, the lesser mortals in the party come to their defense. They accept the criticism and reinforce the cloak of invincibility of the Prime Minister and Home Minister, insinuating to the people that they are above criticism.

For the Indian public, it doesn’t matter who in the government answers questions, so long as they are answered. So, between the Home Minister and Defense Minister, they must decide who will answer the question opposition leader Rahul Gandhi posed—Once RM is done commenting on the hand symbol, can he answer: Have the Chinese occupied Indian territory in Ladakh?

The Indian public too must not allow itself to be distracted or frightened by the BJP’s uncouth tactics. The welfare of the people of India is paramount and is beyond partisan politics. Every government and every politician is answerable to the public. Leaders are merely our representatives and they are accountable. We cannot surrender our civil liberties to them. The reins of the country are in the ‘hands’ of the people. No matter what the ‘louts’ say, the future is in our ‘hands’.