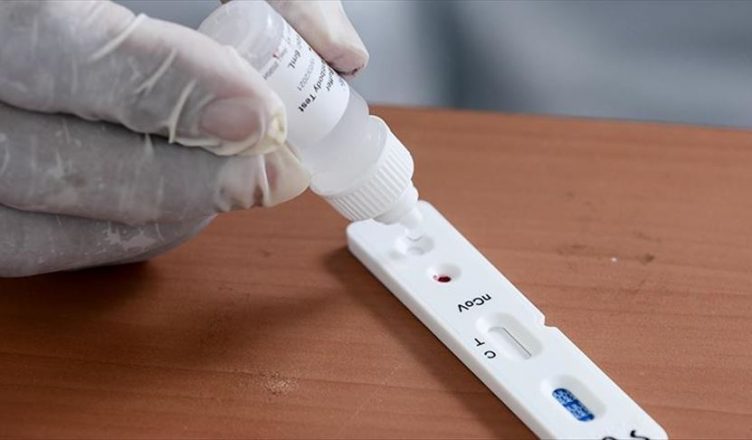 At a time when the nation faces an uncertain future, India faces a leadership crisis. The crisis is not driven by mere incompetence of the BJP government, but by its sheer heartlessness in ignoring the massive profiteering by the middlemen in the procurement process of the SARS CoV-2 Antibody test kits.

It is now clear that testing kits are essential to identify the afflicted and treat them in time to contain the spread of the Coronavirus. A lockdown is only a temporary measure to buy time. And the BJP government, along with buying time, is also buying test kits at an inflated price.

A dispute between the importer and the distributer of the crucial SARS CoV-2 Antibody test kits, has revealed that there is a massive profiteering of almost 145% in the procurement process. Each testing kit upon landing in India costs ₹ 245, including the freight costs. The importer then sells it to the distributer at a price of ₹ 400 per kit. This is in-turn procured by the Indian Council of Medical Research at a cost of ₹ 600 per kit and a total of five lakh kits have been ordered on March 27th, of which 2.24 lakh kits are yet to be delivered. The payment for the delivered kits is yet to be made to the importer and this dispute in the court led to the revelation of the massive profiteering. The court has stated that the cost cannot be higher than ₹ 400 per kit.

Further, there have been several complaints regarding the quality of the testing kits too. While the Rajasthan government has complained that the kits have a dismal 5% accuracy rate, several other states have reported their ineffectiveness too. It must be remembered that the union government has directed the states not to procure any equipment as it felt it could lead to hoarding.

The questions over the quality have been rejected by the two Chinese companies—Livzon Diagnostic Inc and Wondfo—which supplied the five lakh test kits. They have stated that they supplied the kits on April 16th after being validated by the National Institute of Virology, Pune. The companies added that there have been no such complaints from the other countries that they have supplied to across the globe. They further claimed that it could be the fault in the way they are being handled and stored by the Indian authorities.

It is tragic that the incompetence of the BJP government has led to the crisis being worsened. The government has not only been late in procuring the most essential kits, but after it finally did so, the kits are found to be faulty. This is perhaps why the government is not easing the lockdown as it doesn’t have the necessary equipment to identify, treat and contain the spread of the disease. With the lockdown being in effect for over a month, millions of people are starving with no source of livelihood, even as middlemen make millions in the procurement process. Only the government sans a conscience, like the BJP-led one will profit amidst a pandemic, even as millions of lives and livelihoods are in jeopardy. If we don’t question them, they will get away with weakening India and damaging our growth prospects severely.

One thought on “Is the BJP Government Allowing Middlemen to Profit from the Pandemic?”