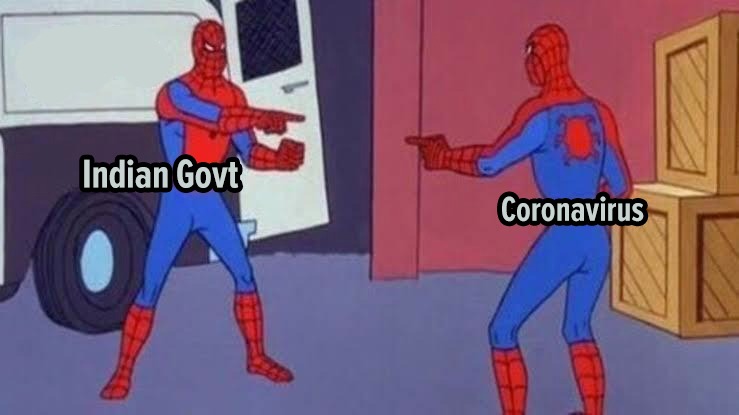 Paradoxical as it may be, the pandemic has become a panacea of sorts for the government. Every failure is being projected onto the pandemic and in the garb of responding to it, the government is centralizing power, weakening democratic as well as federal principles.

Whether it be the incompetence of managing the economy, or curbing the rise of unemployment; whether it is price rise or scarcity of Personal Protective Equipment (PPE) and testing kits—everything is being blamed onto the pandemic and the government seems of have washed its hands-off governance. Rather than help the most vulnerable people, the PM has on numerous occasions appealed to common citizens to feed the poor. He has also appealed to employers to not lay-off people and not to cut salaries, without announcing adequate support for the industry. Perhaps the government’s reasoning is that when in the aftermath of the Coronavirus pandemic there are thousands of lay-offs, it would camouflage the worst unemployment rate in four decades that India was already grappling with.

The BJP led government also sees an opportunity to further destroy the federal structure of India amidst the pandemic. It has issued a directive to states asking them not to procure crucial medical equipment such as PPE kits, N-95 masks, and ventilators on their own. The union government claims that states procuring them would lead to hoarding, and hence it would procure and distribute them to the states. The government arrogated onto itself this power, ignoring the fact that health is a state subject under the constitution. Further, the union government hasn’t released the states’ share of the GST, severely crippling the ability of state governments to fight the Covid-19 pandemic. Ironically, the BJP came to power in 2014 promising to strengthen cooperative federalism.

The government has also used the pandemic to muzzle voices that are critical of it. Several activists and journalists have had cases filed against them and even arrested on frivolous charges. On the eve of Ambedkar’s birth anniversary, his grandson-in-law Anand Teltumbde, a prominent public intellectual was arrested, even as the BJP continued to “celebrate” the constitution and rule of law!

Meanwhile, 1.14 crore government employees, including the Armed forces and pensioners, have been denied an increase in the dearness allowance, after the government announced a freeze till July 2021, in wake of the Coronavirus pandemic. The government however has not announced scrapping the Central Vista redevelopment project. Estimated to cost a whopping ₹ 25,000 crore, the project involves constructing a new parliament, new residences for the Prime Minister amongst others. The insensitivity of the government in incurring such wasteful expenditure when millions of lives are in jeopardy is unfathomable.

With its history of poor policy decisions, weakening India on every front, particularly economically and being tacit in the shredding of the social fabric, the BJP government is perhaps the worst in the country’s history. There are several questions that the government needs to answer, but the media is either pliable or cowering in fear to ask. And so, it becomes the duty of every patriotic Indian to pose questions and seek answers from the government. As opposition leader Rahul Gandhi often says… Daro Mat!