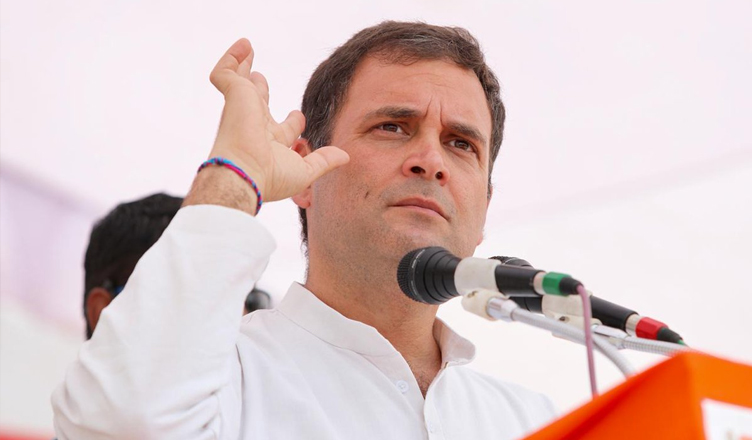 Taking a jibe at him over his demonetisation move, Congress President Rahul Gandhi on Friday said that Prime Minister Narendra Modi doesn’t even realise his mistake, let alone learning from it.

“People of the Congress Party learn from their mistakes Modiji doesn’t even realise his mistake, let alone learning from it. The whole country considers demonetisation as a mistake, but Modi ji has not accepted it yet,” Gandhi said while addressing a public meeting in Solan, Himachal Pradesh.

“Modi ji doesn’t even talk about the promises he made during the 2014 election campaigning because he did not work upon them,” he added.

The Congress Chief launched another attack on the PM for sidelining his mentor Lal Krishna Advani.

“I embrace the senior people of the party because they are experienced, they have knowledge. However, Modi ji does not even look at his guru Advani ji, but ignores him,” Gandhi said.

Drawing contrast between the Congress and PM Modi, Gandhi said that they ensured full support to the government at the time of the Pulwama attack but at the time of the Mumbai terror attacks, PM Modi held a press conference over the same and politicised it.

The Gandhi scion further assured that they will fulfill all that has been mentioned in the party’s manifesto.

“The NYAY scheme will benefit small shopkeepers, small businessmen, unemployed, farmers. It will help in accelerating the Indian economy,” he said.

One thought on “PM Modi doesn’t even realise his mistake, let alone learning from it: Rahul Gandhi”