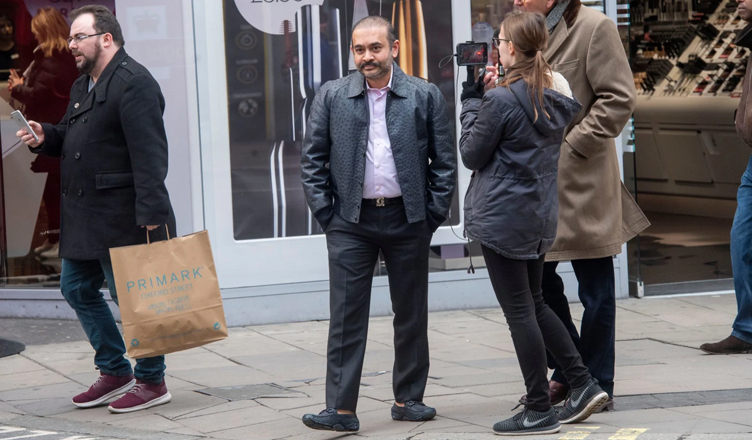 According to NDTV, the British authorities had sent several queries to India regarding the arrest of fugitive diamantaire Nirav Modi but allegedly it did not get any response from India.

The development comes two days after Nirav Modi was spotted on the streets of London.

NDTV has also learnt that a legal team from the UK had also offered to come to India and assist the authorities here to initiate action against Nirav Modi but even that did not get a response.

A criminal case was filed against Nirav Modi and his family members by the Central Bureau of Investigation (CBI) in February 2018 for duping Punjab National Bank of Rs. 13,000 crore. Soon after this, India, for the first time in this case, sent an alert to the UK under the Mutual Legal Assistance Treaty (MLAT). NDTV learnt this from the Serious Fraud Office (SFO) in London.

Also read: Statue of Unity workers go on strike due to non-payment of salaries

According to NDTV, a counsel, lawyer Barry Stancombe, was also assigned to India by the frauds office to assist India in the case. Stancombe is a junior barrister specialising in fraud and money laundering.

While working on the case, Stancombe and his team realised they needed more documents, for which they even wrote three letters to India but to no avail. They also told India that they were willing to visit India to collect evidence for the case to be stronger but even that did not get any response from the Indian authorities.

According to NDTV sources, due to the “lack of interest” from the Indian side, the SFO stopped pursuing the case further.