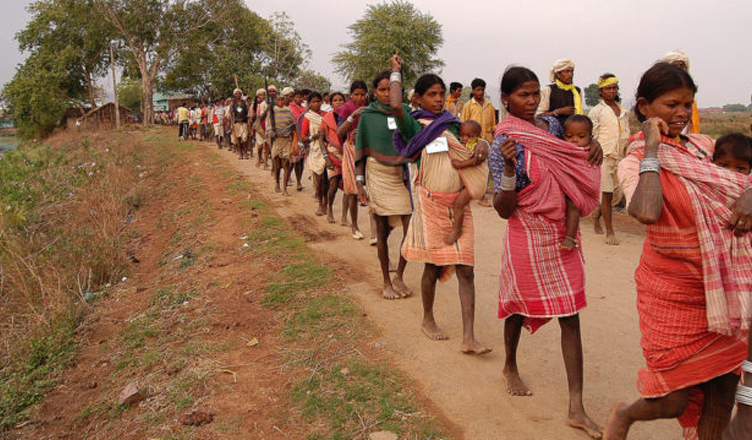 Expressing concern over the recent Supreme Court order directing forced eviction of tribal and other forest-dwelling households from forestlands across 21 states, Congress President Rahul Gandhi on Saturday asked the Chief Ministers of Chhattisgarh and Madhya Pradesh to file a review petition against the same and “take any other action” as deemed fit by the chief ministers.

“The recent order of the honourable Supreme Court of India in Wildlife Trust of India & others vs. Union of India and others, deserves your urgent intervention,” Gandhi wrote in a letter dated February 23.

Citing a status report of the Ministry of Tribal Affairs on the implementation of the Forest Rights Act, he said it highlighted that less than 45% of the Individual Forest Rights and 50% of the Community Forest Rights claims were approved as on April in 2018.

“Further, the MoTA has pointed out that forest staff often raised frivolous objections leading to rejection. In this backdrop, eviction based on rejected claims over forest land alone and without a proper review and appeal process violates the due process of law,” he wrote.

“In order to pre-empt large-scale evictions, it would be expedient to file a review petition and take any other action you may deem fit. For millions of adivasis and other forest dwellers ‘Jal, Jangal and Zameen’ is integral to their Right to Life guaranteed by our Constitution,” he said. “It is time for us to work towards deepening the promise of India for everyone,” he added.

Below is the letter written by the Congress President: 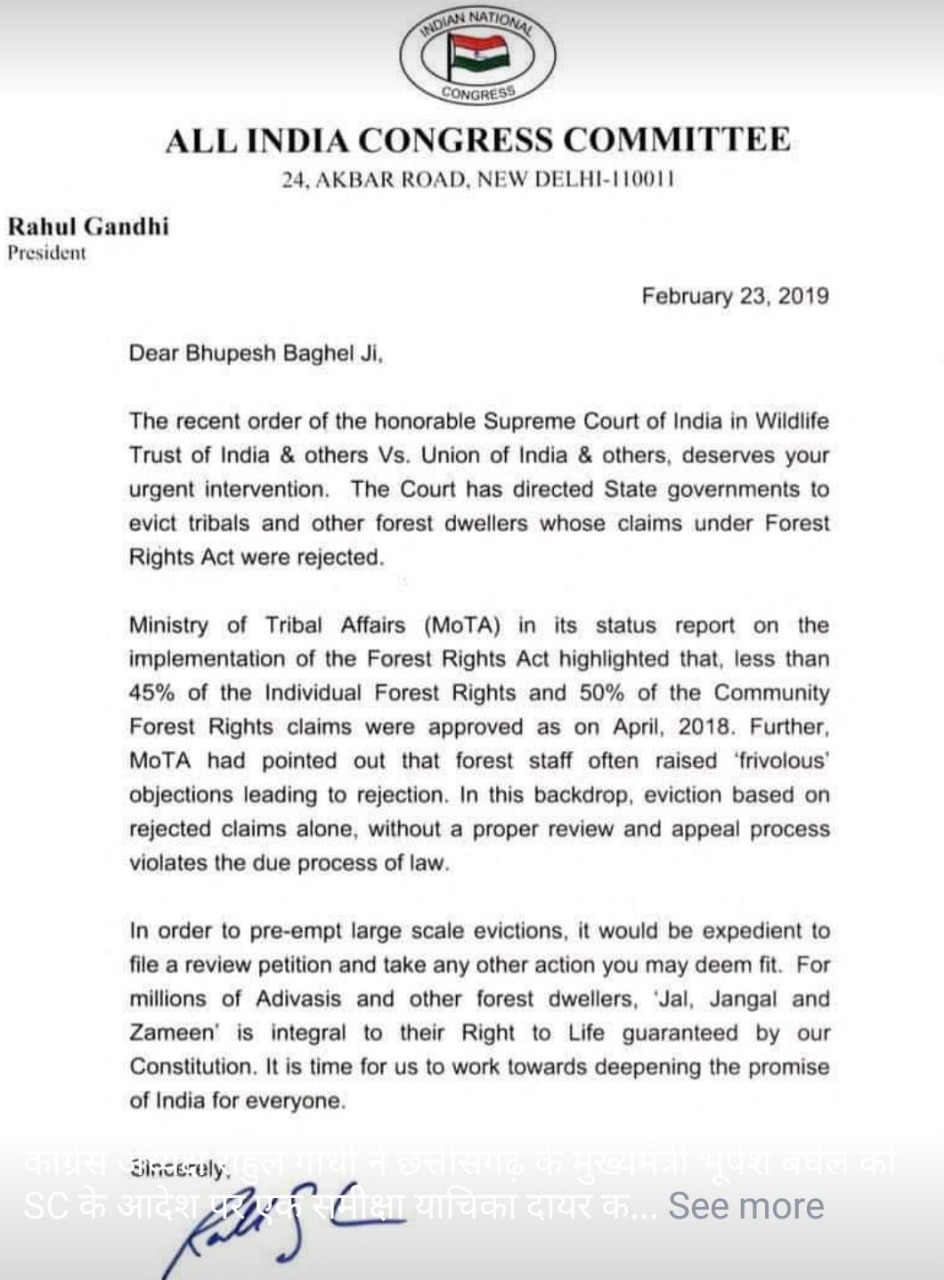 Chhattisgarh Chief Minister Bhupesh Baghel responded to the same on Sunday and said that his government will put up its lawyer in the next hearing and if need be, will also file a review petition.

“In the battle of water, forest and land, we are standing with tribal brothers and sisters. As per Rahul Gandhi’s directive, the state government will set up its own lawyer in the next hearing (in the Supreme Court) and if needed, will also file a review petition (translated from Hindi),” Baghel tweeted.

On February 13, the Supreme Court ordered forced eviction of more than 10 lakh households of Adivasis from forestlands across 21 states.