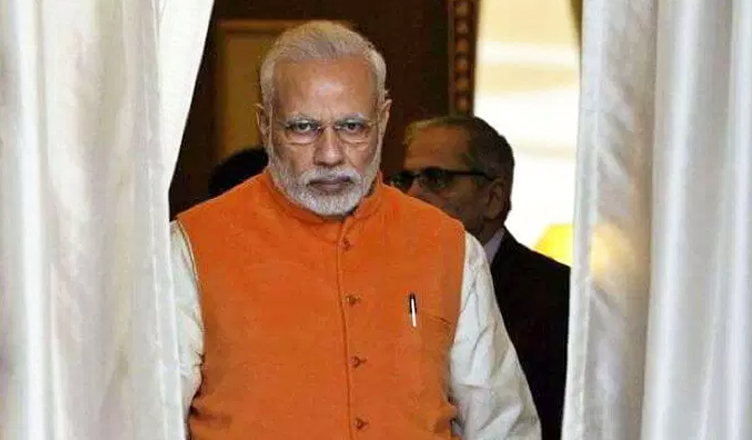 The Congress on Thursday hit out at the Prime Minister Narendra Modi-led NDA government over its failure to fulfil the promises it has made in the last four-and-a-half years.

“The Modi government had promised to enrol 10 crore candidates in Kaushal Vikas Yojana. President’s address today states that only 1 crore were enrolled. 90% of the work is still incomplete,” Congress leader Anand Sharma said while addressing a press conference in New Delhi.

“Government has failed in all its promises. Investment rate too has gone down by 7%. President failed to mention this in his address,” he added.

“Unfortunately, the Honourable President of India said that Demonetisation is a major achievement and black money was destroyed. Nothing can be more wrong than this. Barely, 0.01% of currency did not come back to the banking system, whereas the entire country suffered,” Sharma said.

“95% accounts in Jan Dhan Yojana have 0 balance. Average amount given through MUDRA loans is a meagre ₹23,000,” he added.

Quoting the controversial job report by NSSO, which has not been made public yet, Sharma said that unemployment rate among rural male has increased from 5% to 17.4% after demonetisation, and from 4.8% to 13.6% among rural female.

He further said that services sector that accounts for over 55% of India’s GDP is also falling and questioned where is the growth.

“Our trades have stagnated and exports have nosedived. During UPA govt, we were increasing our exports at 16% per annum, by 2013-14 only merchandise exports reached to ₹323bn. We should’ve crossed ₹500bn last year. Under Modi govt, we fell to ₹262bn,” the Congress leader said.