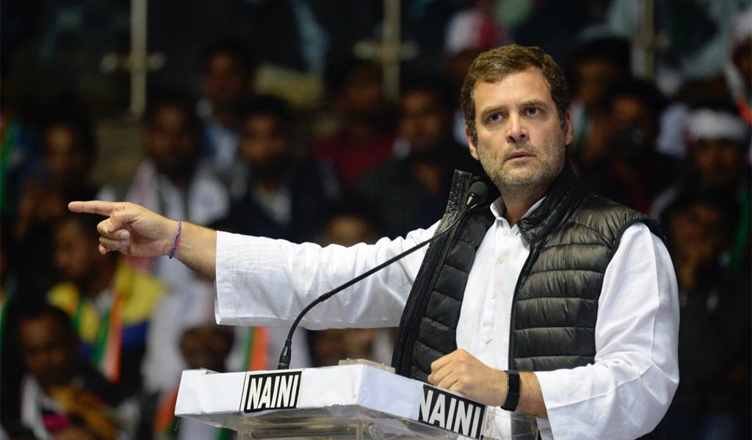 Congress president Rahul Gandhi on Wednesday launched another attack on Prime Minister Narendra Modi over the Rafale deal and said that when they asked the latter a few questions on the same, he could not look them in the eye.

“We asked the PM and the defence minister three-four questions on Rafale. He couldn’t answer. He looked here and there, but couldn’t look us in the eye,” Rahul Gandhi said while addressing the Congress Yuva Kranti Yatra conclusion programme, Inquilab, in New Delhi.

Gandhi then said that he met Goa Chief Manohar Parrikar on Tuesday and the latter told him that he was not consulted by PM Modi on the new Rafale deal.

“This truth is coming from within the Government of India. All the people of the Ministry of Defence, the entire structure of the government has been bypassed by Narendra Modi. To help Anil Ambani, he flouted the whole of the negotiation. Now he is trying to hide the truth,” Gandhi said.

He further said that PM Modi cannot sleep because every time he tries to sleep, he gets nightmares.

He further said that the Congress party’s history and the BJP-RSS history is very different. “We protect truth and they protect the lie,” he said.

Apart from the Rafale issue, Gandhi also attacked the ruling BJP over various issues such as demonetisation, goods and services tax (GST), and unemployment.

“Demonetisation, GST destroyed jobs. When asked about jobs, Mr. Modi tells to make ‘pakodas’. We want you to take this message to the people- India has employment crisis and agricultural crisis, and Narendra Modi has showed that he is not capable to solve this crisis,” he said.

Gandhi also attacked the Rashtriya Swayasevak Sangh (RSS) for their mindset of dominating others.

One thought on “Rahul Gandhi attacks PM Modi over Rafale”