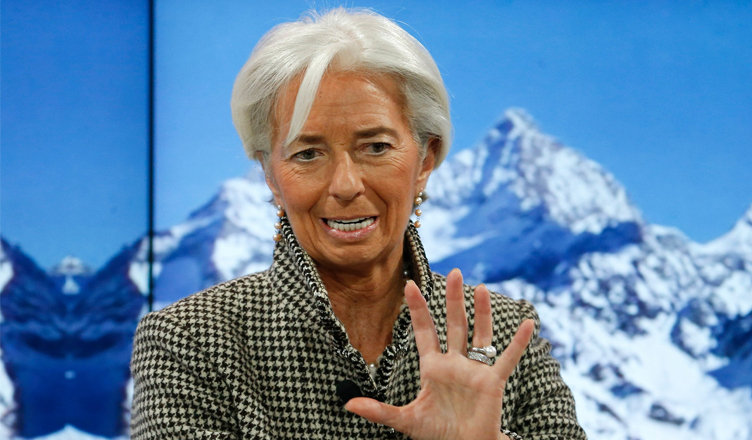 International Monetary Fund (IMF) Managing Director (MD) Christine Lagarde has said that India should be growing faster than the rate at which it is growing now.

While speaking to India Today at the World Economic Forum in Davos, Lagarde said that Indian economy should be growing at a greater pace than what it is doing right now, given its demographic conditions.

IMF has observed that India is projected to grow at 7.5 per cent in 2019 and 7.7 per cent in 2020. Reacting on the same, Lagarde said, “it is a good sign that the projected growth is high but the government needs to address the crisis in the agriculture sector as a large number of people depend on this sector.”

She also requested the Indian government to concentrate on the agriculture sector.

“Creation of activity and economic value that leads to employment generation is critical for the country to grow,” Lagarde said.

India had an unemployment rate of 3.5 per cent in 2018 and which is likely to continue in 2019, according to the International Labour Organisation (ILO). The unemployment rate was the same in 2016 and 2017 as well.

This rising trend in unemployment needs to be addressed by the Prime Minister Narendra Modi-led NDA government at the Centre.

Also, if this situation is not addressed urgently it is only bound to increase as India is a country that has a massive percentage of youth in its population of 1.2 billion.

One thought on “India should be growing faster than rate at which it is growing now: IMF chief Christine Lagarde”