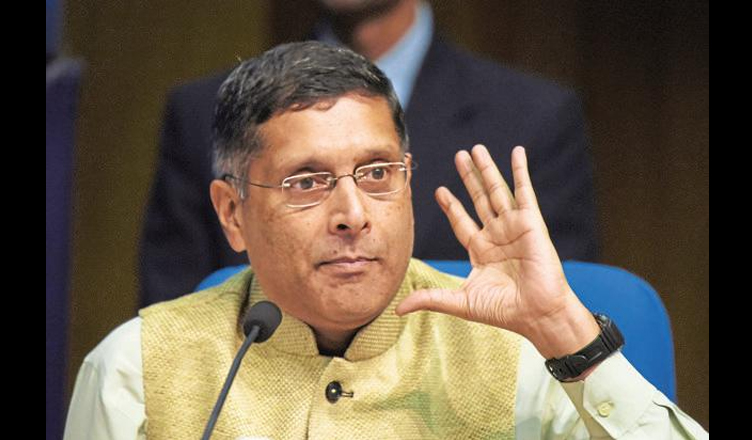 Former Chief Economic Advisor (CEA) Arvind Subramanian has said that demonetisation was a “massive, draconian, monetary shock”. Against the 8 per cent growth recorded prior to demonetisation, he said that it accelerated economic slide to 6.8 per cent in the seven quarters after it.

“Demonetization was a massive, draconian, monetary shock: In one fell swoop, 86 per cent of the currency in circulation was withdrawn. The real GDP growth was affected by the demonetisation. Growth had been slowing even before, but after demonetisation, the slide accelerated,” news agency IANS quoted Subramanian as saying in a chapter in his upcoming book “Of Counsel: The Challenges of the Modi-Jaitley Economy”, which will be released on December 5.

“In the six quarters before demonetisation, growth averaged 8 per cent and in the seven quarters after, it averaged about 6.8 per cent (with a four quarter window, the relevant numbers are 8.1 per cent before and 6.2 per cent after),” Subramanian says in the chapter “The Two Puzzles of Demonetisation — Political and Economic.”

Also read: Where are jobs that KCR govt promised?: Rahul Gandhi in Telangana

Asserting that demonetisation slowed growth, the former CEA said that the debate has been about the size of the effect. He says, “After all, many other factors affected growth in this period especially higher real interest rates, GST implementation and oil prices.”

“…But when a shock like demonetization occurs, that primarily affects the informal sector, relying on formal indicators to measure overall activity will overstate GDP. This hypothesis goes only a small way towards explaining the puzzle since any squeeze in informal sector incomes would depress demand in the formal sector, and this effect should have been sizable,” he added.

Subramanian, who quit his post in June this year after a four-year tenure, chose to maintain silence on whether he was consulted in the decision on demonetisation.

The former CEA also opined that note ban was an unprecedented move which has not been made by any country in the recent history and in normal times. Explaining further, he said that it has been either gradual demonetisation in normal times or sudden note ban in extreme situations such as war, hyperinflation, currency crisis or political turmoil.