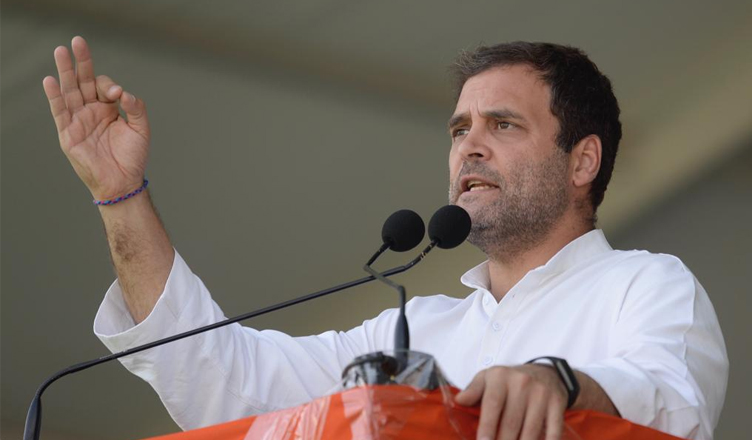 Attacking the KCR government over its failure to provide jobs in the state, Congress President Rahul Gandhi on Wednesday said that K. Chandrashekar Rao has only employed his family and stole the future of 4 crore people.

“Telangana gave its sweat and blood to form this state. Where are the jobs that KCR govt promised? Farmers are beaten for demanding for their rights. Lands are acquired without proper compensation,” Gandhi said while addressing a rally in Khammam.

He further said that Congress wishes to fulfil all the promises that were made to Telangana and Andhra Pradesh.

“When Telangana and Andhra were formed, there were some promises made. Telangana was supposed to get Rail factory, Steel factory, Tribal University and financial incentives. Andhra too was promised a special status category. Congress party wishes all these promises to be fulfilled. Mr. Modi failed to fulfill these promises,” he said.

Gandhi promised that as soon as the Congress government comes to power in Telangana it will waive off farm loans and will ensure that farmers get due minimum support price (MSP).

“We will waive off farm loans in Telangana. 17 Crops will be given fair MSPs. ₹10,00,000 compensation will be given to families who were martyred and political cases will be withdrawn,” he said.

“Without women Telangana cannot progress. Congress and TDP both believe in SHGs. Every group will be given ₹1,00,000 grant. ₹500cr will be allocated for women entrepreneurs,” he added.

Expressing confidence, Gandhi said after defeating KCR in Telangana, the grand alliance of Congress, Telugu Desam Party (TDP) and Communist Party of India (CPI) will defeat the BJP government at the Centre.

“After defeating KCR govt in Telangana, this grand alliance will defeat BJP govt at the Centre. TRS and MIM both want BJP to win. The Grand Alliance of Congress, TDP, CPI will defeat TRS and BJP,” he said.