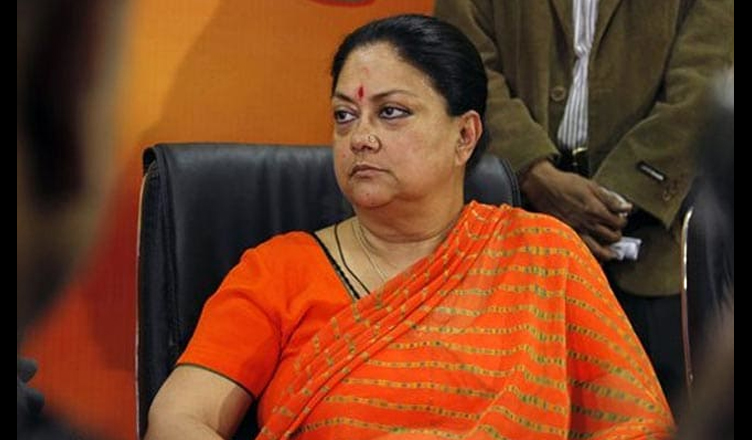 As the Rajasthan Assembly elections approach closer, the voters in the state have become more vocal about their opinion.

Rajasthan Chief Minister Vasundhara Raje had an embarrassing moment during a rally at Jodhpur. While passing by the crowd, the Chief Minister was stopped by a voter who asked, ” Vote kyun de, bachcha to ghar baitha hai padh likh kar, kyun vote de apko? (Why should we vote for you when our child is sitting at home jobless?”

A journalist shared the video on his Twitter profile.

Listen to it here:

Rajasthan CM Vasundhara Raje gets a REALITY CHECK in her own state. A woman tells her on face: Why should we vote for you when educated youth are sitting unemployed at homes?

The unemployment in Rajasthan (13.7 per cent) in October was twice the national figure (6.6 per cent), according to Centre for Monitoring Indian Economy (CMIE).

The dire situation of unemployment can be seen from the fact that while the total number of people registered with National Career Services (NCS), an initiative under the Union Ministry of Labour and Employment, is 8,57,316 from the state, as of March 31, 2018, the total number of job vacancies available (in all sectors) in the state is just 12,854. As per these numbers, the state could provide employment to only 1 per cent of the total unemployed.

When Raje came to power, she had promised to give 15 lakh jobs. She even claimed that instead of 15 lakh, her government provided 44 lakh jobs. However, the claim made by her own Minister of Labour and Employment exposes her claims on employment. The Minister, in December last year, had said that the total number of jobs provided by the Rajasthan government stood at only 2.17 lakh.

Of its target, the Rajasthan Skill and Livelihood Development Corporation could only achieve 48.90 per cent.

An example was stated by The Hindu in one of its reports which showed that 13,000 applicants had applied for the 18 posts advertised for peons in 2017 by the Rajasthan Assembly, and among them, 129 were engineers, 23 were lawyers, one was a chartered accountant and 393 were postgraduates.