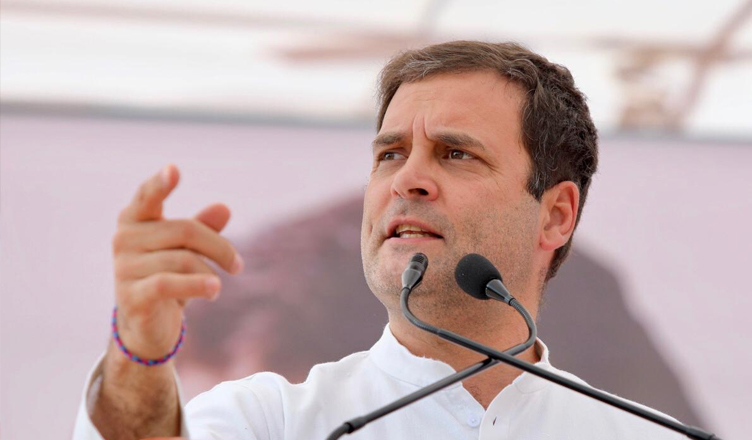 While remembering the brutal Mandsaur firing, where fiver farmers were shot dead during a protest in Madhya Pradesh’s Mandsaur on June 6, 2017, Congress President Rahul Gandhi held the Bharatiya Janata Party (BJP) responsible for the killings.

“In Mandsaur, BJP govt fired bullets on farmers. Farmers pay insurance money and all the benefit goes to insurance companies,” Gandhi said while addressing a rally in Sagar, Madhya Pradesh.

He further said the Congress government had given the state the Bundelkhand package worth thousand crores but farmers of Madhya Pradesh told that the entire money was taken away by the BJP.

Speaking further on the issue of corruption, Gandhi said that every Chief Minister in a BJP-ruled state has stolen public money.

“When I accidentally took the name of Shivraj Chauhan’s son in the case of Panama Papers, then he immediately filed a case of defamation. But why did he not file a defamation case when I took his name in the Vyapam scam, Dumper scam and E-Tendering scam,” he added.

The Congress chief said whether is the Modi government or the Shivraj Chouhan government, all the benefit of the government goes to a handful of corporates.

He further said that while the BJP government announced Demonetisation and GST (Goods and Services Tax) for farmers, they gave loan waivers to their friends.

The Gandhi scion further said that people of Madhya Pradesh have made up their minds to remove the Shivraj Chouhan government and in few months Mr. 56 inches (PM Modi) government will also be removed.

Gandhi addressed another rally in Damoh, Madhya Pradesh. He will next address a rally in Tikamgarh later in the day.