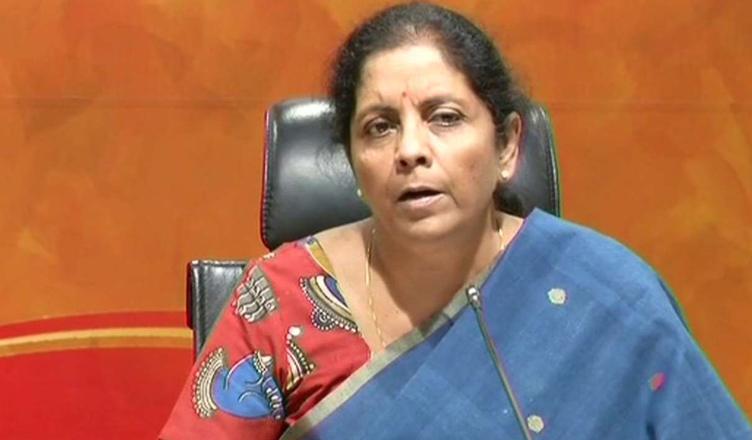 Sitharaman in a press conference earlier alleged that Congress president Rahul Gandhi had said that his party is a Muslim party.

Whereas this is nowhere close the statement by Gandhi. The Congress also tweeted slamming the BJP for creating communal disharmony.

Dear @nsitharaman, please stop holding press conferences quoting fake news articles. The Congress at its core is an inclusive party and has always condemned communal incidents. BJP on the other hand thrives on creating communal disharmony & facts prove this. https://t.co/L6mcnDoJ7p

The Congress, in its press conference, opined that the saffron party was only trying to derail the country on important issues by bringing up false news.

“Listening to @nsitharaman’s words, it’s clear that BJP is trying to derail the country on important issues that will be raised in the upcoming Monsoon Session if the Parliament,” Congress spokesperson and Mahila Congress president Sushmita Dev said.

“The Modi Govt has absolutely no answer to the mess of state of affairs in the country. This is expected from the Defence Minister, who till today has not answered about their numerous scams like the Rafale Scam,” she added.

Sushmita Dev asserted that the Congress Party believes in secularism.

“Through this press meet, @nsitharaman is trying to create communal disharmony. Congress believes in secularism. She should instead answer about the rising unemployment and scams in the country,” Dev said.

The grand old party further said that since the Government of India will be facing tough questions in the upcoming Monsoon session on the Nirav Modi scam, Rafale scam etc, they are trying to divert the country’s attention.

“When the PM goes to UP and talks about “shamshan and kabristan”, is that not polarisation? Biggest communal riots happened in Gujarat when PM Modi was CM, and yet hasn’t taken any moral responsibility for it,” the Mahila Congress president further said.

It is highly deplorable that the ruling dispensation is making such false statements with the intention of defaming the Congress Party without any facts or proof.