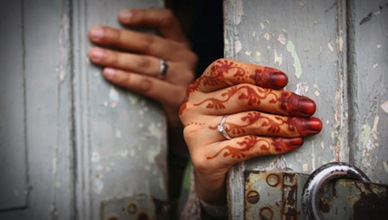 The Modi Government’s recent campaigns of anti-Muslim prejudices aim to marginalise the minority community. With the air given to the fire of “Love Jihad”, the Hindu nationalist government is trying its best to paint minorities in a negative light to consolidate its vote bank.

From the Babri Masjid to beef ban to love jihad, BJP’s game of communal polarization is becoming increasingly dangerous, but at the same time, it remains politically profitable. The BJP and Hindutva’s exploitation of this communal fear for political gain, especially amidst a rape crisis in India, is particularly troubling, if not sinful.

With, the brewing hysteria in Uttar Pradesh, party leaders had a wide-open opportunity to denounce it, instead, Yogi Adityanath seems to be adding fuel to the fire with his policies and statements. Congress Party leaders have come out openly condemning the issue, accusing the BJP of spreading communal poison.

As things stand, the current state of BJP nationalist ideology would bring nothing but shame to our founding leaders. Far from the ideals of our constitution and Gandhiji’s vision, BJP’s current idea of nationalism is petty, paranoid and insecure.

The so-called ‘Muslim Problem’ is reflective of nothing but BJP’s insecure nationalist ideology, with ‘Love Jihad’ the newest tool of its naked bigotry to distract from failing basic governance parameters under Mr. Modi