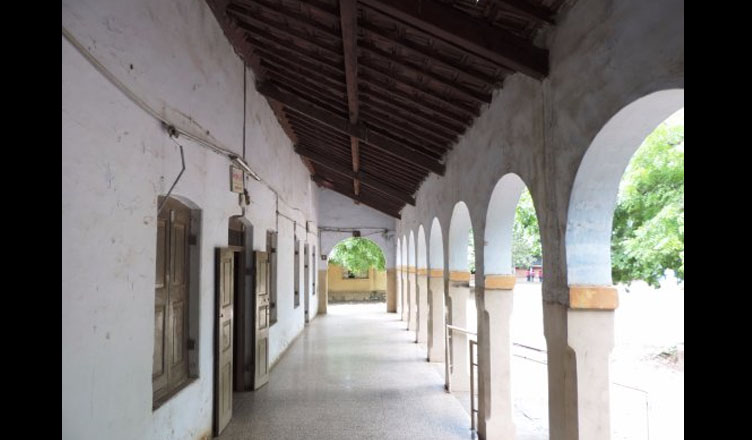 On one hand, where the entire nation is busy making preparations to celebrate Mahatma Gandhi’s 150th birth anniversary, on the other hand, a school founded by the Father of the Nation 97 years ago has closed down two months ago due to no funds available.

Rashtriya Shala, situated in Ahmedabad, was founded by Mahatma Gandhi along with Gujarat Vidyapith in 1921.

Where there were 1,000 students in Rashtriya Shala between 1970 and 2000, the number came drastically down to 37 in the current academic year due to drying up of funds. These students have now taken admission elsewhere.

The Rashtriya Shala Trust (RST), run by Gandhians, saw funds drying up. The funds mainly came through donations. The only source from where they were able to collect some income was in the form of the rent collected by leasing out certain spaces in the campus.

Not only this, in order to get some donations, the Trust also published a booklet urging people and corporates to contribute to the school.

Also read: Even Lord Rama would have to spend money to come to power: Former Goa RSS chief

“We are not getting grants for the primary school and music school as per government norms. The institution requires Rs 25 to Rs 30 lakh per year to run its activities conducted on Gandhian thoughts,”  the booklet reads.

“We require Rs 8.3 lakh per year to run the school, but we don’t have the funds. We had no option but to close school,” The Times of India quoted managing trustee and general secretary of the school Jitu Bhatt.

Ironically, Rashtriya Shala is situated just 2 kilometres away from Alfred High School which will be inaugurated by Prime Minister Narendra Modi on September 30 after been converted into a world-class museum.

13-acre land was given on a 99-year lease for the school by the former Rajkot ruler Lakhajiraj.

The BJP has failed to preserve such a historical institution which is not only a part of India’s heritage but was an important part of Mahatma Gandhi’s life.