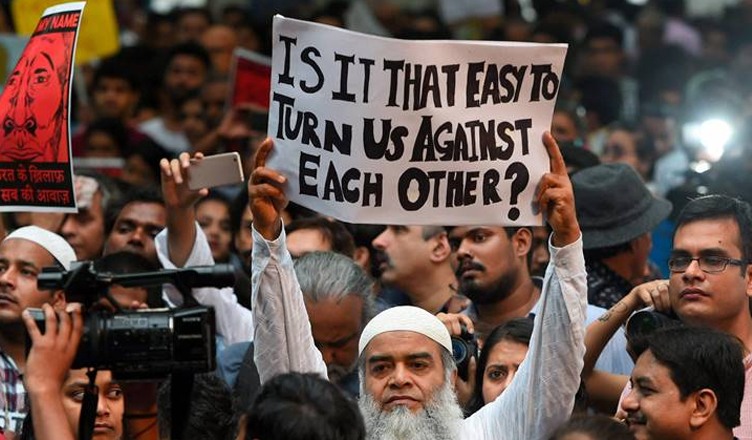 According to a new FactChecker.in database, between January 1, 2009, and October 29, 2018, 254 religious identity-based hate crimes were reported in India. About 90 per cent (229) of the total number of attacks, which killed 91 persons and injured 579, took place after the Bharatiya Janata Party (BJP) came to power in May 2014.

India’s largest state, Uttar Pradesh, recorded the highest number of hate crimes with 57 cases. It also recorded the most fatalities (21), followed by Jharkhand (12) and Rajasthan (9).

As many as 167 cases, which is more than the half of the total number of hate crime (66 per cent) were reported from BJP-ruled states.

The continuous rise in the number of hate crimes shows the growing animosity between religious groups and a sense of intolerance towards other religions.