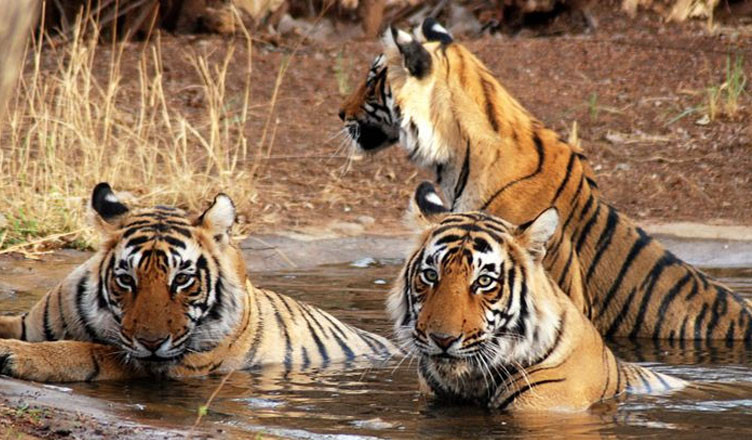 Looks like the Maharashtra government wants to make the ongoing man-animal conflict in the state even worse and probably that’s why it has agreed to divert 88 hectare of tiger-bearing forest to explosives company Solar Industries India Ltd (SIIL) in Chakdoh. The land is being given for manufacturing defence products.

According to The Times of India, 26 humans have been killed in the last 10 months in Maharashtra as a result of man-animal conflict. At such a time, the Forest Advisory Committee (FAC) has cleared 97.98 hectare of land to SIIL.

Government’s inclination towards the company can be seen in the fact that the 88-hectare land , which is a part of the 222-acre reserve and protected forest land in Chakdoh in Kondhali and Kalmeshwar ranges, costs over Rs. 100 crore at the current market rate is being given SIIL for merely Rs. 7.09 crore.

This is not the first time that environment is being sacrificed by this government to please their capitalist friends. Earlier this year, 467 hectares of forest land having tigers was given to Reliance in Yavatmal district.

Three survey reports by experts committee were conveniently ignored by the government. These reports opposed the transfer of land due to the presence of rich flora and fauna, including tigers and leopards.

Quoting the survey, the TOI stated that the region had six tigers, including two males and females with cubs, and an equal number of leopards besides spotted deer, barking deer, wild dogs, wild boars, sambars, nilgai and civets.

The reports also suggest that SIIL will resort to compensatory afforestation (CA) and will spend Rs. 7 crore on the same. It will also be installing artificial bird nests. However, the land it is compensating is in Walwad in Ratnagiri, and out of which 18 hectares is not worth for plantation.

“Though the company is taking over rich land here, it is compensating 87.97 hectare land in Walwad in Ratnagiri. Of this, 18 hectares is not worth for plantation,” the TOI quoted Honorary district warden Kundan Hate as saying.

The government has not taken any lesson from the ongoing Pandharkawda village where a tigress (Avni) along with her two cubs has been alleged to have killed 13 villagers in the past one-and-a-half years. The Maharashtra Forest Department issued a shoot-to-kill order for her this year, which even the Supreme Court refused to restrain.

But what it failed to understand is that any animal is bound to reach in a defensive way is someone tries to encroach their territory.

Government’s apathy towards the environment has been witnessed in the past also.

The world’s only protected area dedicated to freshwater turtles, the ‘Kachhua’ or Turtle Wildlife Sanctuary (TWS), seems to be acting as an obstacle for a multi-crore inland waterways project on River Ganga that will pass through Varanasi and end in West Bengal’s Haldia, and therefore, the Uttar Pradesh government has written to the Centre asking for the Kachhua sanctuary in Varanasi to be ‘denotified’. The request to do so was sent following a meeting of the State Board of Wildlife of Uttar Pradesh on August 30, 2018.