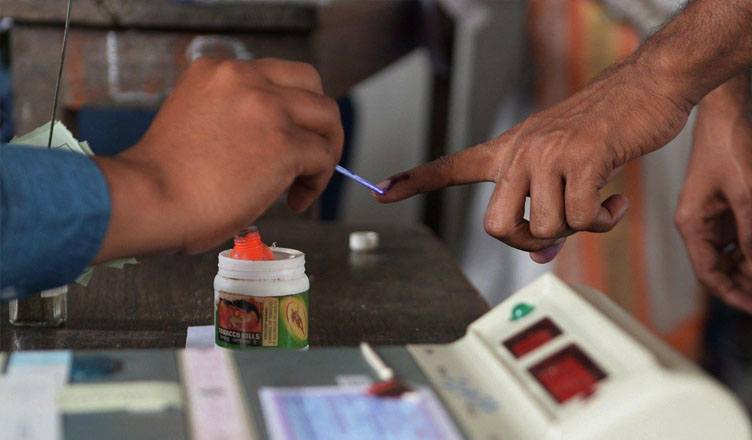 Calling for the urgent intervention of the Election Commission of India (ECI), the Congress on Sunday claimed that as many as 70 lakh fake/duplicate voters are present in the Telangana electoral list.

“On a preliminary examination, it emerged that the problem of duplicates, deleted votes and disqualified voters is far more acute in Telangana than could have been imagined. Close to 70 lakh voters are found to be falling in these three categories,” Congress spokesperson Abhishek Singhvi said while addressing a press conference.

“There is a distorted system of conducting elections in Telangana. We ask Govt of Telangana, is this is the reason why the assembly was dissolved in hurry?” Singhvi added.

The Congress further claimed that 48 lakhs duplicate voters have been found. Singhvi then took out a file showing the list of those duplicate voters and showed an example of two names having the same photograph.

Dissecting the list of duplicate voters further, Singhvi said that these can be put into three categories.

“In the first category, we have 19 lakh out of these 48 lakhs, where fathers’ names, husbands’ names are the same. 4.5 lakhs are the ones where the gender is the same, format is the same and the house number is the same,” he said.

“In the second category, we have roughly 20 lakhs missing voters, what we might call as the so-called deleted voters. The Election Commission in Telangana told us that these are the people who have migrated to Andhra Pradesh. But when we checked the Andhra Pradesh, there was no addition. Instead, there was a deduction of almost 17 lakhs. The third category is an overlap, namely, duplication of votes between the two states. So, the same voter is listed in the lists of both, Telangana and Andhra Pradesh,” he added.

He further said that this is the worst kind of distortion of free and fair elections.

“We have raised these issues to the Election Commission of India. A probe should be conducted and proper action should be taken to resolve this issue. But we have received complete silence,” he said.

This is not the first time that the Congress has raised the issue of duplicate/fake voters in states.

Last month only, the Rajasthan Congress had raised the same issue and had claimed that there were 42 lakh fake voters in the state. Following it, poll officials have informed that names of 6.5 lakh duplicate/fake voters will be deleted from the state’s electoral rolls.

Similarly, in June, the Congress alleged that nearly 12 percent or 60 lakh voters of the Madhya Pradesh’s approximately 5 crore voters are fake and fraudulent.

In fact, the grand old party had approached the Election Commission of India (ECI) and the Supreme Court requesting the election departments in the poll-bound states of Rajasthan, Madhya Pradesh and Chhattisgarh clean fake voters.